Indonesia is the world’s fourth most populous country and is spread out over seventeen thousand islands, renowned for its stunning scenery and home to people from hundreds of distinct ethnic and linguistic groups.

Located on one of the world’s most active fault lines, it regularly falls victim to earthquakes and similar natural events which plunge the country into chaos. In December 2004, a hugely powerful earthquake off the coast of Sumatra created a tsunami which killed more than 220,000 people and injured thousands more. Entire villages were swept away.

The most recent earthquake was in September 2018 Lombok region and killed more than 4,000 people. 174,000 people were displaced with almost 69,000 homes destroyed.

How we are helping in Indonesia

Since the earthquake and tsunami of 2004 we have been assisting Indonesians in responding to both their immediate and ongoing needs. Our programmes cover a wide area including Aceh, Jogjakarta, Jakarta, and West Sumatra delivering emergency relief programmes as well as reconstruction and development. 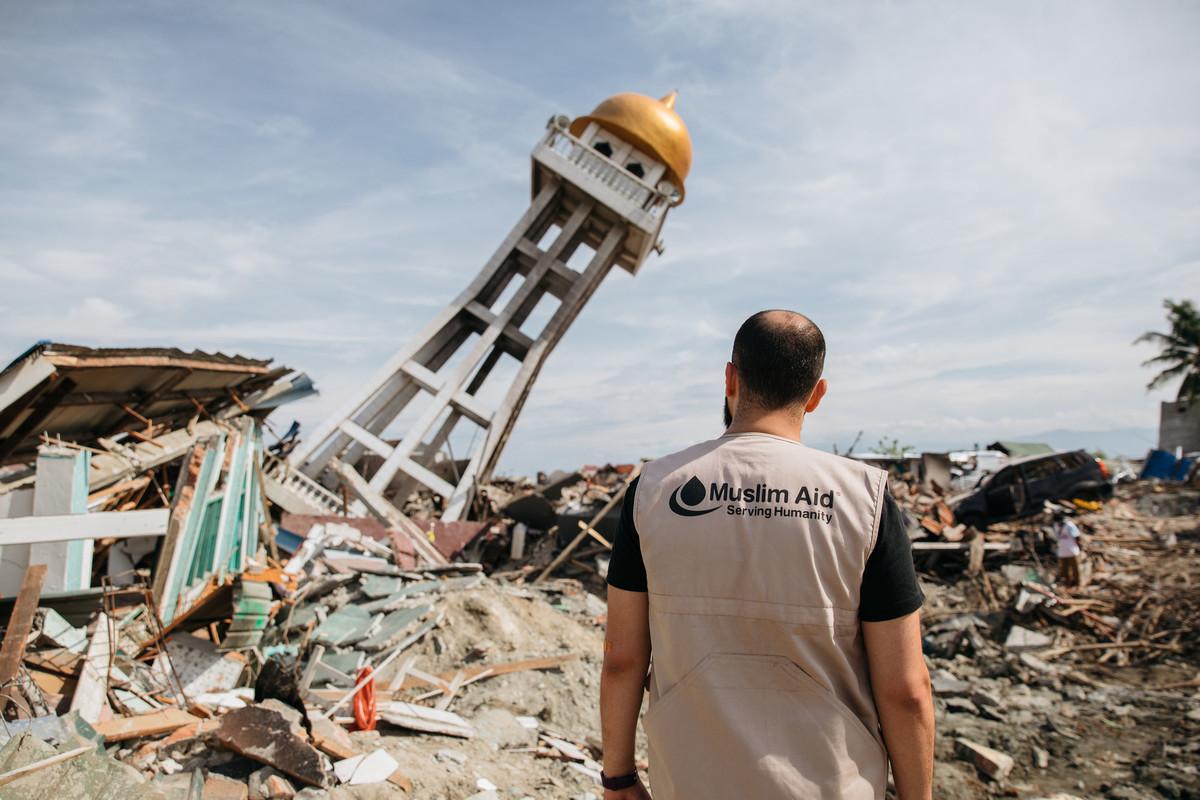 Following the earthquake of 2018, our team arrived in the area of Lombok within 48 hours to deliver emergency relief, working within treacherous conditions and with the threat of deadly aftershocks.

In 2018, our efforts in Lombok and Palu included:

We continue to work in collaboration with local partner organisation Yayasan Kemanusiaan Muslim Indonesia (YKMI) to support communities in Indonesia.