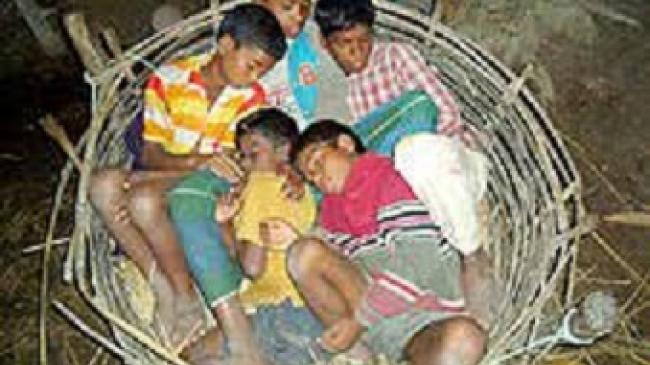 Bangladesh, a country of tropical weather, enjoys moderate winter. Conversely in the last couple of years we witnessed numerous cold waves during winter in the country. Cold wave causes serious sufferings to the people living in makeshift dwellings without much warm clothes. We still remember the adverse effect of cold wave Bangladesh endured In January 2010, when the northern and southwest parts of the country experienced a rapid fall in temperature resulting in cold winds and dense fog. It caused a significant rise in respiratory illnesses and, in some cases, deaths. Similarly, people across the country have experienced a severe cold wave this month.

It is apparent that a large portion of the population in the country are living under the poverty line not having the adequate capacity to cope with an extreme weather event like a severe cold wave. Human security is another challenge that the poorest segment of the people in Bangladesh are already facing. Daily work of the people comes to a standstill due to a sudden fall in temperature. The low-income people, particularly farm labourers, suffer much as most of them cannot go out for work due to the severe weather and most of them don't have the ability to purchase warm clothes as they cannot go out for work due to the fog and biting cold. Marginalised population in the northern region live in inhuman conditions and severely suffer from cold due to lack of affordability and accessibility to warm clothes.

Cold wave victims, irrespective of ages and classes, try their best to save themselves from the severe cold wave by wearing warm clothes and firing woods. Thick fog occurs over the river basins and moderate to thick fog elsewhere across the country. Due to extreme cold and the absence of sufficient sunlight, normal growth of all crops, particularly Boro seedlings, is affected and it eventually could hit the Boro harvest. Conventionally every year the Department of Disaster Management (DDM), the Ministry of Disaster Management and Relief and the Prime Minister's Office make every effort to stand beside the distressed people who are unable to buy warm clothes.  Besides, UN agencies, development partners, national and international NGOs (non-government organisations), Red Cross/Red Crescent and corporate sectors come forward to reduce sufferings of cold wave victims.

When you give to people in need, you could help save and change lives, enabling us to reach widows, orphans, the elderly and vulnerable. In a rapidly changing world, we are on the ground delivering relief where its most needed. Ensure your donation creates more impact by donating where it’s needed most.

When you give to people in need, you could...