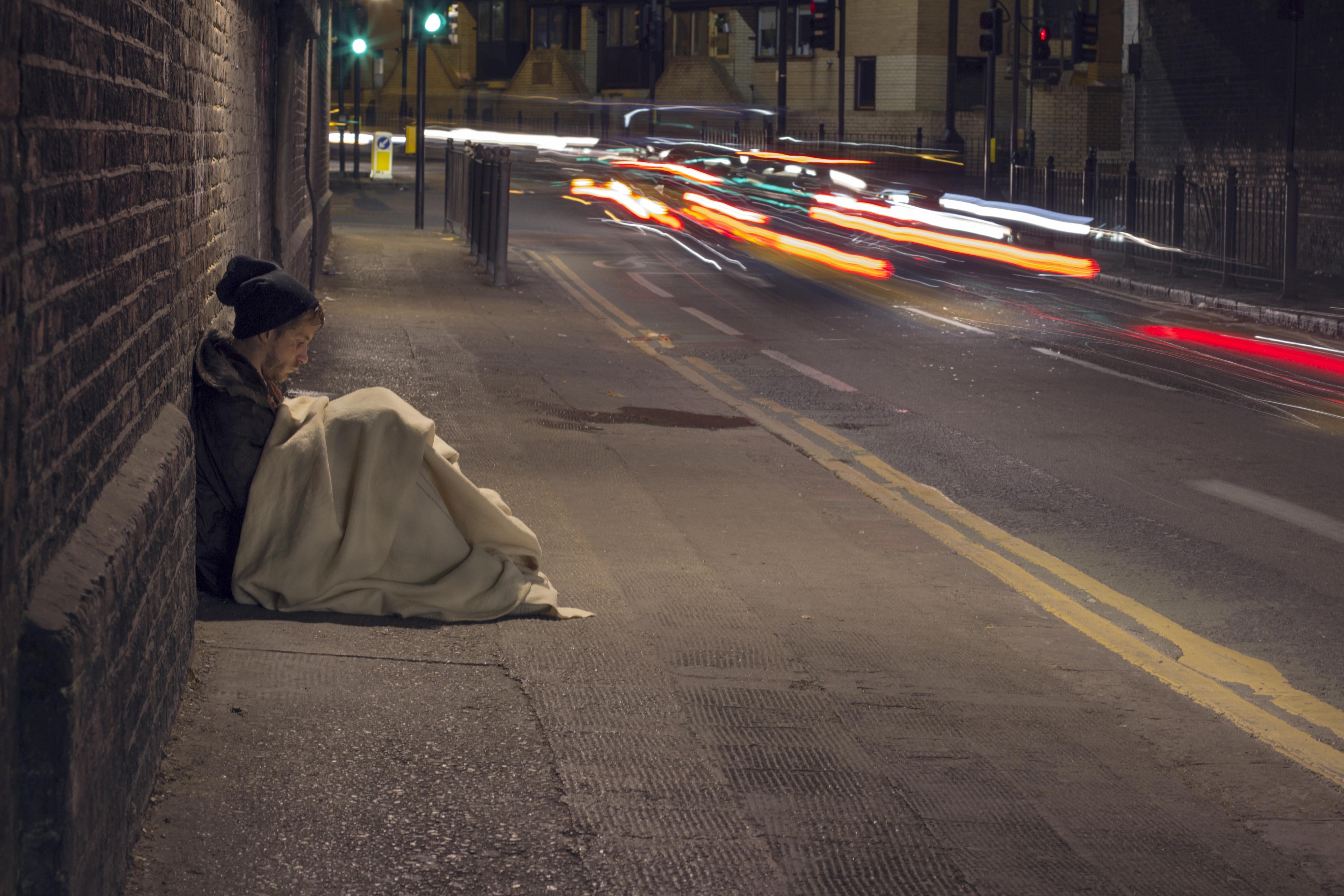 Here at Muslim Aid, we work hard to help humanity, no matter what people's individual circumstances. Helping to reduce the amount of homelessness in the UK is part of what we do, especially throughout the coldest months of the year.

Rough sleepers, living on the streets, homeless people; these are just some of the names given to a shocking percentage of the population who find themselves without a fixed place to call home. Many of us tend to associate homelessness with people who are merely sleeping on the streets, often seen with cardboard boxes and sleeping bags huddled in cold doorways, but the sad fact is that being homeless doesn’t always mean that you don’t have a roof over your head.

What Does Being Homeless Mean?

Somebody can be regarded as homeless if they do not have a legal right to occupy the place they are living in. With a large number of people sofa-surfing or squatting in vacant buildings, many homeless people technically do have a roof over their head, at least in the short-term.

However, with up to 62% of single homeless people remaining unreported in official figures, homelessness has now become a major humanitarian issue that requires urgent attention.

What Causes Homelessness in the UK?

With budget cuts to local authorities up and down the country and the ongoing housing crisis here in the UK, the amount of funding available to help the most vulnerable members of society has shrunk over the years. As a result, there are more people classed as homeless than there has ever been before.

For many of these people, their lives have been taken away from them in the blink of an eye. With so many people living in poverty despite being in work, the risk of becoming homeless is a reality for many should they lose their job or become too ill to work. Any one of us, from any walk of life, can become homeless as there are many reasons why people end up homeless – but with your donations, we can do our best to help those who need our help the most.

It Can Happen to Anyone

The loss of a job and a marriage or relationship breakdown are two of the biggest causes behind homelessness, especially as the cost of living rises while earnings simply aren’t matching up. Recent reports suggest that there are approximately 8 million people who are just one paycheck away from being made homeless.

Other reasons that can easily lead to homelessness include: addiction, mental and physical illness, spiralling debt or leaving an institution without adequate support in place.

Once homeless, it can be extremely difficult to return to an everyday normal routine, finding a job and a new place to call home, both on a practical level and on an emotional one, too.

Here are a few facts and figures to get you thinking:

1. There are around 400,000 hidden homeless individuals in the UK. These include people living in B&Bs, hostels, squatting and even those who are sofa-surfing with friends and relatives.

2. While the most common reason people give for being homeless is a relationship breakdown, other factors include physical health problems, mental health issues, alcohol and drug problems, bereavement, and bad experiences with care and the legal justice system.

3. Homelessness does not only enforce a feeling of isolation, but it can also increase a person’s chances of experiencing drug abuse, as well as physical and mental health problems.

5. There are hundreds of charities around the UK that work with the homeless and help these vulnerable people by providing accommodation, clothing, housing advice, careers training and offering support towards other crucial services. Day centres providing meals, showers and medication also offer aid for rough sleepers, as well as raising awareness for the issues that are faced by so many.

It is estimated that around 2,400 people sleep rough on the streets on any given night, although without knowing the true number of homeless people out there, the real figure could be much worse than this. We should remember that homeless people are individuals just like us, who have simply found themselves in a difficult situation. With your help, they might just be able to escape the ceaseless cycle of homelessness.

The Hard Facts About Homelessness in the UK

Who are the hidden homeless? Despite the growing numbers of rough sleepers visible on the streets of our towns and cities, the truth is that there are just as many hidden homeless people living out of sight. These people live their lives precariously moving from one temporary abode to the next – hostels and B&Bs, taking advantage of sofas offered from friends and even squatting in disused buildings. Hidden homeless also refers to overcrowding, with whole families crammed into one bedroom in shared houses in the worst cases.

Make no mistake - these people are living life without a home to call their own, despite the roof that is often over their heads.

The Very Real Impact of Being Homeless

There are varying degrees of impact due to being made homeless. For some people, it can lead to the exacerbation of an existing condition such as depression or other mental health issues, but it can also lead to a devastating decline in mental and physical health. Many homeless people suffer from a lack of self-esteem as passers-by choose to ignore those sitting on the street and the people who have no choice but to rely on others to get by in life.

Further to this, the very nature of being homeless – being crushingly cold and wet in the worst of the winter weather - can often cause an increase in drug and alcohol misuse leading to dependency. With this also comes a higher chance of being involved in crime and subsequently serving time for crimes committed.

One of the biggest impacts of being homeless is the barriers that exist which prevent so many from returning to an everyday lifestyle. A lack of a permanent address means a struggle to get work, and without regular access to showers and washing machines, getting interviews is made more difficult, too.

Even little things such as having a haircut or a beard trim are taken for granted; these simple activities make us feel more confident and more human. Without them, it can be easy to feel forgotten about and this only intensifies the isolation and low self-esteem that so many rough sleepers experience.

What’s more, life on the streets can be very dangerous. A homeless person living on the streets is regularly exposed to unnecessary abuse and violence, for no reason other than the situation that they find themselves in.

How You Can Help Us Tackle Homelessness

Here at Muslim Aid, we are continuing our mission to help humanity through our Global Winter Appeal.

Help us share love and support with some of the most vulnerable members of society. This campaign reaches out to the homeless community by providing Warm Winter Essentials packs which include life-saving blankets and jackets. We will also be helping to fund soup kitchens to help those sleeping rough enjoy a warm meal on the coldest of days. Access to these essentials during the harsh winter weather could be the difference between life and death, even here in the UK.

For more information on our Global Winter Campaign, or to find out how you can get involved and volunteer please click here.