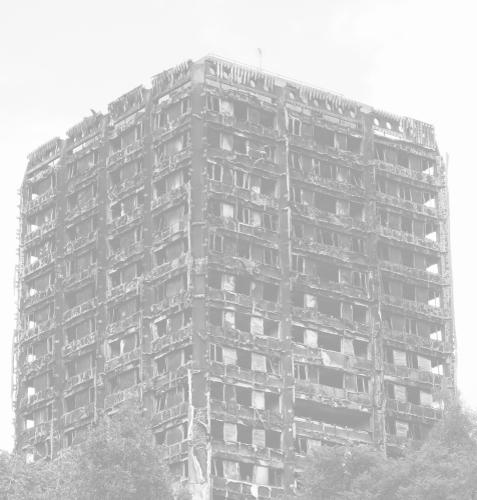 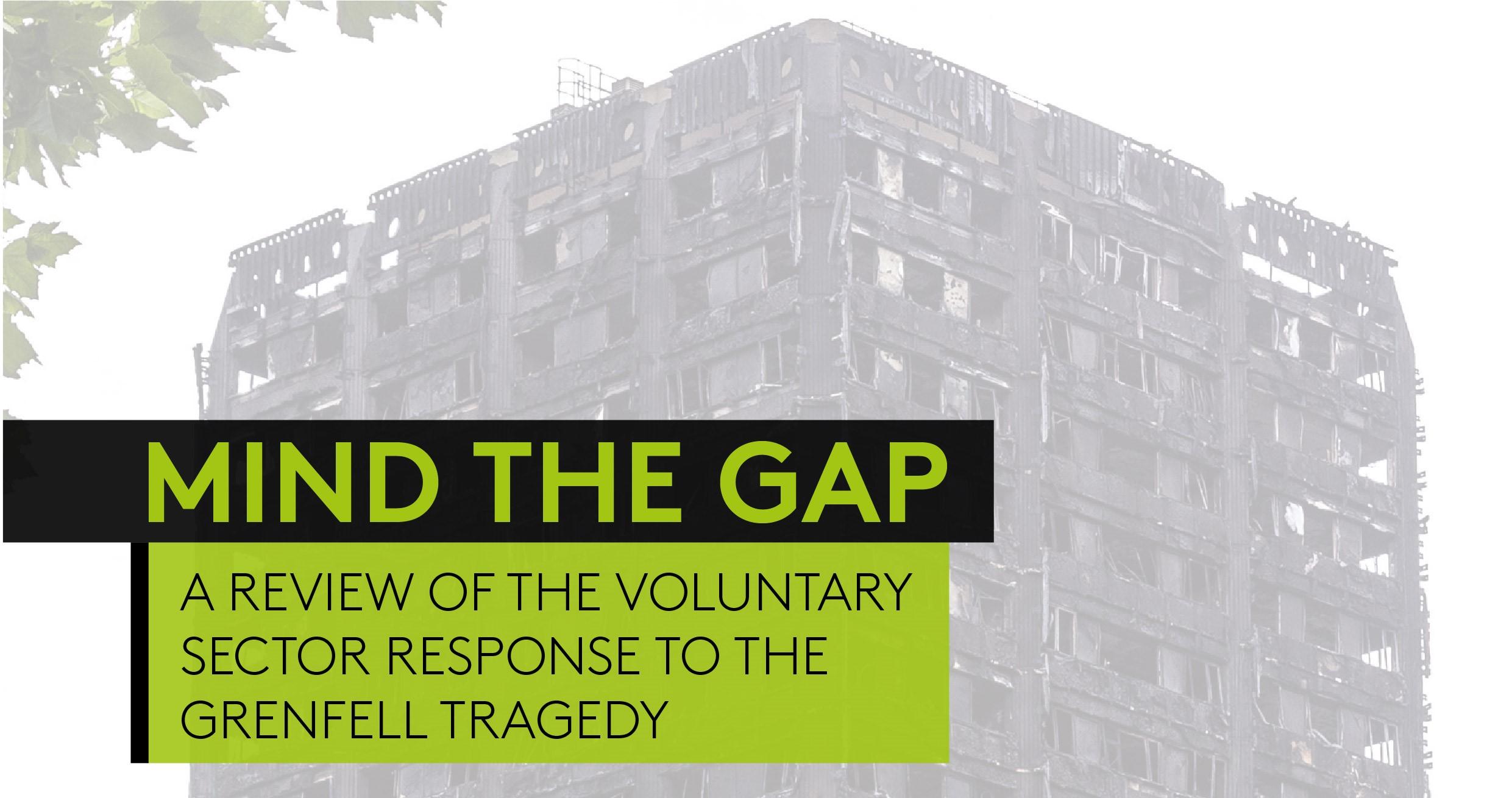 Muslim Aid and other charities are today highlighting the critical role played by the voluntary sector in response to the Grenfell disaster and are calling for lessons to be learned from what happened after the devastating fire left 72 dead, many homeless and the wider North Kensington community traumatised.

A new report Mind the Gap: A Review of the Voluntary Sector Response to the Grenfell Tragedy finds that many voluntary organisations, however ill-prepared, stepped up to the challenge of meeting the needs of the affected community where the statutory authorities fell short, especially in the early stages. It identifies challenges and opportunities for the on-going work of the sector in working with those affected and pinpoints issues that this disaster raises for emergency response more broadly. The report was commissioned by Muslim Aid and is being launched this morning (Wednesday 30 May) in partnership with the Al Manaar Cultural Heritage Centre and mosque, the Clement James Centre, Notting Hill Methodist Church and the Rugby Portobello Trust, at a press conference at the Al ManaarCentre.

Although they too found it hard to coordinate in the early days after the disaster, the report finds that the voluntary organisations demonstrated some extraordinary examples of effective action in the immediate and longer-term response phases. This is despite their lack of experience of UK disaster situations and absence of training for such.

“The spirit of humanitarian action displayed mainly by the community itself and supported by an array of local organisations and businesses, as well as individual volunteers and representatives from external organisations filled the void where there was a lack of official direction, coordination and information,” says Muslim Aid’s CEO Jehangir Malik who was on the ground coordinating Muslim Aid volunteers, as they joined friends, neighbours and local organisations responding to the plight of those affected by the Grenfell Tower tragedy.

“I would have expected this chaos in a developing country, because almost always there is poor infrastructure. I honestly thought we had better disaster preparedness and response systems here in the UK. We are now asking for lessons to be learned and for greater coordination of the voluntary organisations with local authorities, including as part of national emergency response structures,” continues Mr Malik.

Volunteers initially helped with sorting and distributing food and clothing donations, organising meals, finding overnight accommodation, making cash grants and providing empathy and psychological support to the bereaved and distressed. Faith organisations played key roles, providing many of the physical spaces where people congregated to collect themselves and find spiritual comfort, but also to meet and even protest. Muslim volunteers too played key roles in support of many of those most directly affected, helping them wrestle with the implications of breaking fast during Ramadan; getting Halal-compliant food to

“In response to this terrible tragedy, the great British public demonstrated immense generosity, and local volunteers and members of the community stepped forward to support their neighbours, friends and strangers. This was voluntary action at its best,” says David Holdsworth, Deputy Chief Executive Officer and Registrar at the Charity Commission, who will be on the press conference panel.

He continues: “But as this report shows, there are important lessons for the voluntary sector to learn to ensure that charities’ responses to future disasters are as targeted and coordinated as possible. We owe it to the survivors, who have shown immense dignity and determination, to act on these findings, alongside those of other reviews.”

The report says that even when, after the first wave of activity, national and local authorities took back control, the voluntary sector remained deeply involved in supporting people affected by the fire. This was largely because the extent to which those officially fronting emergency services can tailor their services to cater to the complex challenges facing those affected in North Kensington is questionable.

Many local organisations have seen their work transformed as a result of the disaster and many have increased or adapted their range of services to cater for the specific needs of people affected. While not all of what the sector has offered has added value, there are a range of organisations that remain key players in tackling deep seated problems facing the community. The major challenges are mental health support; youth services; housing, work and people’s livelihoods, where the voluntary sector needs support to continue to play a full part to complement the work and responsibilities of government, and to act in support and solidarity with the affected communities in this part of London.

The report concludes: “With many of the consequences of the fire still unresolved, it is vital that future action is informed by what has been learnt from the response so far. This applies both to working with the people of North Kensington to address their needs, and shaping wider thinking and practice in emergency preparedness, response and resilience, in London and the rest of the UK. The Grenfell Tower disaster must be a wake-up call to those in a position to effect change and find twenty-first century solutions to twenty-first century challenges”.

Some key recommendations in the report for augmenting UK disaster preparedness are:

Draw on local capacities: In a major, complex disaster, local secular and faith organisations, although they may not have experience in emergency response, can draw on their local rootedness to act quickly and sensitively in line with the needs of communities they understand. This capability needs to be better appreciated and supported including in partnership with local authorities and national actors with expertise in emergency response.

Context matters: Disaster response systems, behaviours and interventions all need to be tailored to the varying local socio-economic and cultural dynamics in the short and longer term.

Strengthen coordination: More effective mechanisms need to be developed, both by the voluntary sector itself and governmental authorities, to better harness the collective

capabilities of the voluntary sector, including those offered by faith organisations, in emergency response.

Act and speak out: when the effects of a disaster are overlaid with inadequate action and injustice the voluntary sector needs to consciously and continuously strike the right balance between practical action and finding different ways of speaking out in support of the needs and rights of the people who are affected.

* Because of their proximity to the Grenfell Tower, the Al Manaar Cultural Heritage Centre, the Clement James Centre, Notting Hill Methodist Church and the Rugby Portobello Trust were all at the forefront of the voluntary response as well as many other organisations interviewed for the report (more listed in Acknowledgements).

* Muslim Aid is one of the top 20 UK relief and development agencies, alongside Christian Aid, Save the Children and Oxfam. It was set up in the UK in 1985 to provide humanitarian assistance to disaster affected countries and to help poor communities overcome poverty. Muslim Aid covers 70 countries, working with all communities irrespective of faith, ethnic origin or political system. Muslim Aid also has some UK programmes.

For further information or to arrange an interview, please contact: [email protected] or call 07769 689438