Thousands gathered in Finsbury Park last night for a community street iftar celebrating community spirit in the aftermath of the terrorist attack at the mosque two years ago.

Jeremy Corbyn said: “This is one of my favourite days of the year. The mosque welcomes people of all faiths, and none, to join worshippers who have their first meal after a day of fasting. It's wonderful to see so many people celebrate the diverse community I'm so proud to represent.”

And Mohammed Khozbar of the Finsbury Park mosque added:“This barbaric act sought to divide us, but our multi-cultural Islington community showed that our diversity is our strength and we chose unity over division…The outpourings of support of people of all faiths and none since have multiplied into positive actions and attitudes, building even stronger bonds among us.  Tonight, we reconfirm our commitment to each other and to all those elsewhere who promote peace and community cohesion.”

The event combined a British summer street party atmosphere with the social ambience of an iftar, traditionally often shared with a group of extended family and neighbours. Speakers included Reverend Stephen Coles, vicar at St Thomas’ Church; Rabbi Herschel Gluck; Toufik Kacimi, the CEO of Muslim Welfare House and Imam Mohamed Mahmoud who led the community in a peaceful response when he urged the crowd to be calm and restrained following the attack. Ruzina Akhtar, daughter of Makram Ali who was murdered in the attack, also addressed the crowd.

Speakers challenged prejudice in all its forms and spoke of the need for everyone to take responsibility for reaching out and building bridges across backgrounds in their community. Muslim Aid Chief Executive, Jehangir Malik OBE, said, “These past months, we have all been devastated by the Christchurch mosque shootings, the Sri Lankan church bombings in April, and the San Diego synagogue shooting which have underscored the threat we face from those determined to divide us.”

“Government and public bodies have a vital role to play in supporting strong communities. But we all have a responsibility to build those communities, starting with small steps locally. The Finsbury Park area has a proud tradition of standing together against division and living well together, and this takes continuing work to maintain. So it’s fantastic to be part of a group of committed people bringing so many together to share a good meal, conversation, and community spirit.”

On the same evening, Muslim Aid also joined the All Party Parliamentary Group on British Muslims in the House of Commons for an iftar which brought together people from across public life. 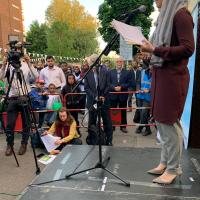 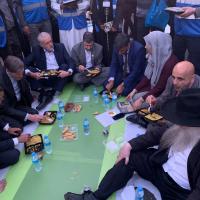 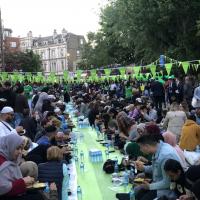 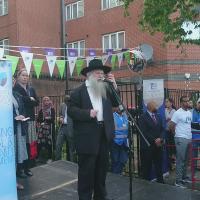 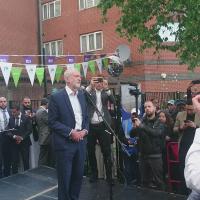 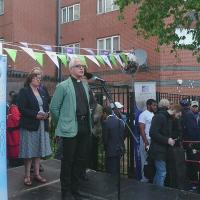 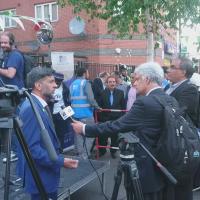