In the run up to Muslim Aid’s Qurbani campaign, Muslim Aid is touring four venues in the south of England with world renowned Islamic scholar and motivational speaker Mufti Menk.  The first two of the four events entitled Mufti Menk Motivational Moments took place on 18 and 19 July at the Saffron Kitchen, London, attracting wide audiences, young and old, of 150, the full capacity of the venue.

“The Motivational Moments events are auspicious occasions with our keynote speaker Mufti Menk providing insightful discussions on spirituality and how we can better ourselves in the lead up to the 10 days of Dhil Hijjah”, says Khaled Gamal, National Fundraising Manager at Muslim Aid.

He continues: “We were blessed to have full attendance in East London in Saffron Kitchen.  Two truly enjoyable gatherings with Muslim Aid supporters and the local community”.

The Mufti Menk Motivational Moments tour will continue at Venue Central in Luton on Saturday and Fairway Pavillion in London on Monday, reaching a total number of nearly 1,000 people.

The donations Muslim Aid receives through the Qurbani campaign (starting at £28 for a family package) go directly to providing quality meat to people without food in some of the world’s most difficult places.

This includes families who would otherwise find meat unaffordable in Yemen, Syria, Sierra Leone and Indonesia. Beneficiaries will also include homeless people in the UK. 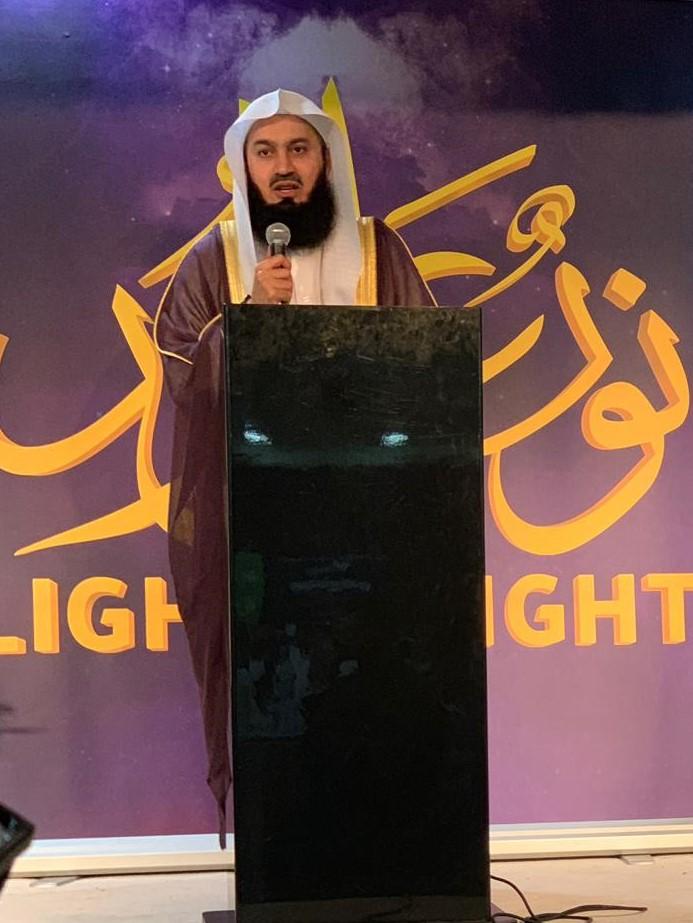