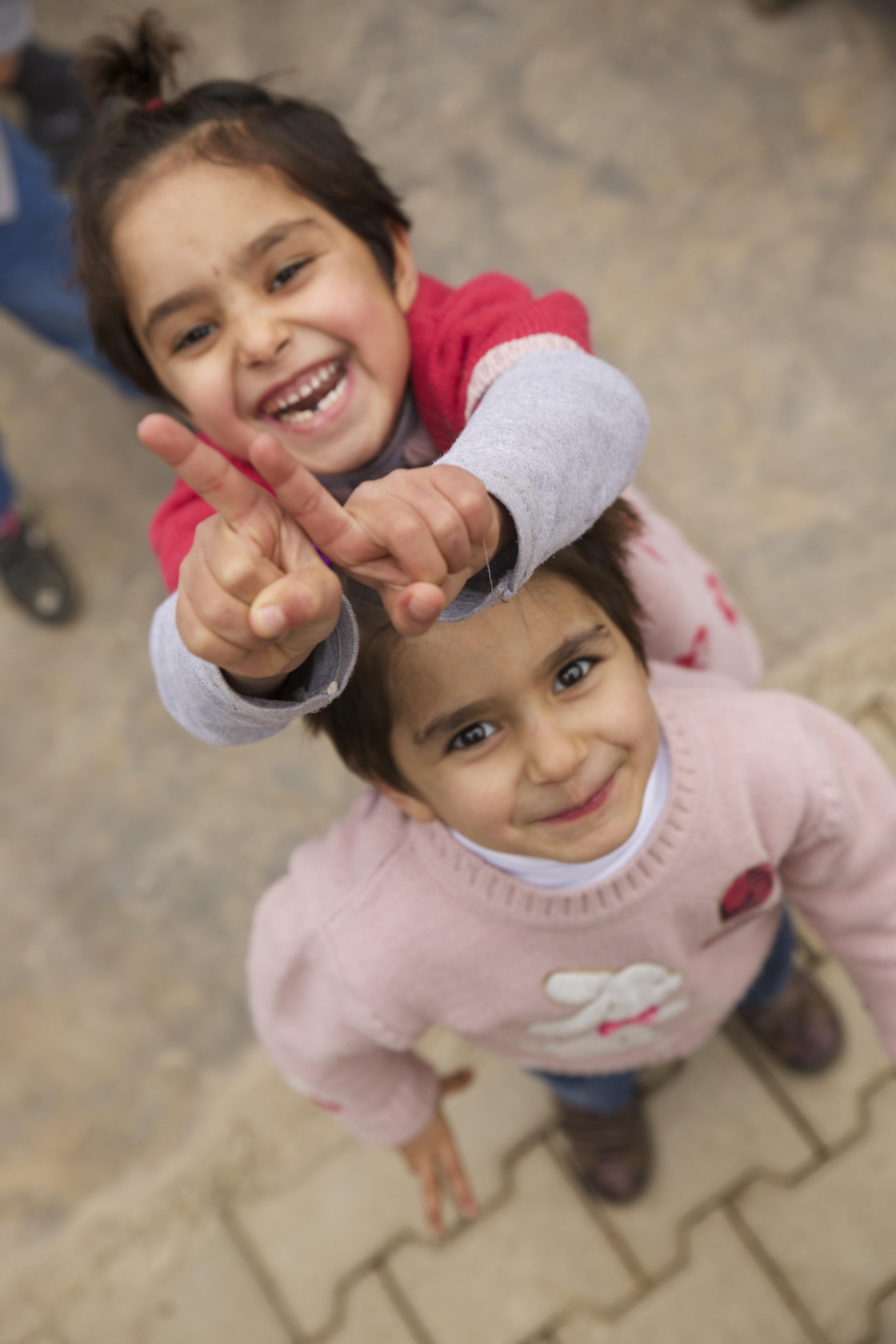 Last Ramadan, Muslim Aid began raising funds for the running of the Beity orphanage for Syrian children in Reyhanli, Turkey. Nine months later, a team from Muslim Aid UK travelled to Turkey to see the progress that has been made.

“Mother, father, sister, brother, where are you? Where are you?” sang three year old Sara. “I want to see you; I want to see you, every day. Every day”, she continued, blushing with a smile that belied the sad reality of her words. This is because Sara lost her father in Syria, and her mother to the mental trauma that followed. Like the two million or so other Syrian child refugees, Sara was swept from her homeland; her family torn apart by a conflict that began just months before her birth. Along with her four siblings, she now resides at Beity, a home for children orphaned Syria’s ongoing war.

When Muslim Aid visited the Beity Orphanage last June, the former restaurant building was still being renovated. Less than a year later, the clanging of construction work and hard labour is replaced by the laughter of children and the pattering of small feet. Beity is now a home with space for up to 100 children to live and reclaim the childhood that was violently snatched away from them. It is a place where the children sleep, play, study and eat freshly cooked Syrian meals; flavours from a place that some of the children are perhaps too young to remember; Mujadara, Maqlooba, freshly baked khobez.

“This place is different”, said Yakzan Shishakly, Director of the Maram Foundation, the charity that runs Beity orphanage. “They feel like they are at home. They come inside and they don't feel shy. And the treatment, I'm sorry to say, is better than home.”  Just a short distance from the Beity, the truth of Yakzan’s words can be easily seen. Finding shelter in disused shop fronts and dingy basements, many Syrian refugees have found themselves living in unimaginable conditions. “We left Syria and found ourselves living under a stairs” explained Umm Salha, a mother of two children at Beity. “Beity is excellent”, she continued. “The kids have better treatment and shelter there, treatment that I can't even provide for them myself.”

The joy displayed by the kids at Beity, however, is only a testament to the progress achieved by its dedicated family of volunteers. Beneath many of the smiles are deep scars, the mental wounds caused by the trauma of war. Many had seen its horrors first hand, whilst others had been exposed to the desperate acts that their parents had sadly turned to in order to make ends meet. Some had even been abused and neglected after their families were torn apart. Sara's oldest sister Dena came to Beity covered in black and blue bruises inflicted by a former guardian. Fortunately for her and her young siblings, the Beity home ensures that they receive medical care as well as help for dealing with mental trauma.

At Beity, the children are also given a chance to achieve their ambitions. Thirteen year old Ruba is one of the home's eldest children; a girl whose eyes shine with optimism and strength. “When I was young my dad was ill before he died, he used to say to me 'grow up quickly, I want you to become a doctor one day'” Ruba explained. “He gave me the affection that I couldn't get from my mum because she died when I was very young”, she continued as her eyes began to reveal some of the pain that she bore inside, “that's why I love him and remember him all the time.”

With such a difficult start in life, the optimism that Ruba exudes is an inspiration for all. Her determination to fulfil her father’s dream is unshaken despite the trials she has faced, and at Beity she now finds the support needed to achieve her goal. Attending a local school in the mornings, Ruba comes home to Beity where she can study and relax in a clean and safe environment.  “If I don't understand any work from school, I bring my books back to Beity and the teachers here always help and explain in a way that is easy for me to understand.”

Whilst many of Syria’s child refugees are out of education and facing the grim reality of the refugee camps, the children of Beity are amongst a fortunate few. They are still able to study, play freely and enjoy some degree of comfort. Despite having been through the pain of war, they remain confident, bright and hopeful. Thanks to the generosity and support of Muslim Aid’s donors, these children now have a place they can truly call home. With the right support and care, they can recover, rebuild and achieve their dreams.