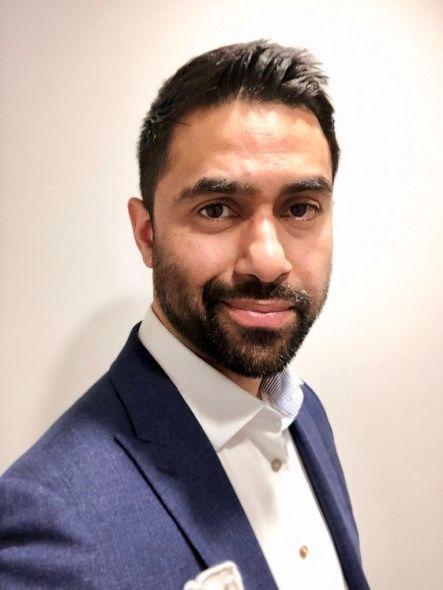 “I joined Muslim Aid so that I could support others who didn’t have the same chances in life that I was given. Any one of us could be affected by poverty or afflicted by natural disasters so I believe it’s incumbent upon those of us who are more fortunate, to help those who are in need. It’s a real privilege to be able to use my skills to be of service to Muslim Aid who provide relief for some of the most vulnerable people in the world.”

Mustafa is the Head of Workplace Relations for Tesco which is the largest private sector employer in the UK. Prior to this, he has worked for a number of prominent companies in both the private and public sector including British Airways, Heathrow Airport and Network Rail. His career in human resources has specialised in negotiating with trade unions, implementing workplace change, developing HR policies and managing employee casework including employment tribunals.

Mustafa graduated with a bachelor’s degree in psychology and a master’s degree in organisational psychology from City University, London where he also acts as a mentor for BAME students. He has previously served on the workplace advisory committee of the University of West London, providing HR advice to the board and vice chancellor of the university. He is also an employer panel member for the Central Arbitration Committee which is a tribunal of the Department for Business, Energy and Industrial Strategy that resolves collective workplace disputes involving trade unions. 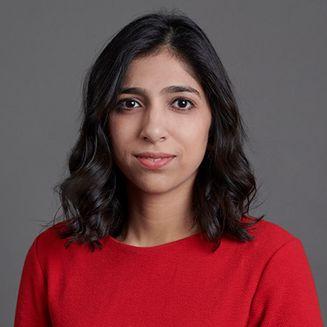 Faria Ali, is a corporate lawyer with considerable experience of working for leading international law firms such as Slaughter and May and Herbert Smith Freehills. In addition, she has worked extensively both nationally and internationally with organisations such as the United Nations and the British Red Cross, to promote human rights. This has been in parallel to the work she has done to promote access to the legal profession through Law Link, an organisation that she founded in 2017. 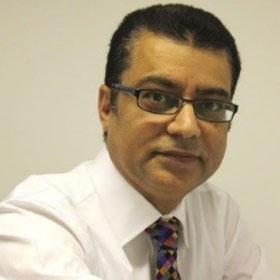 “Muslim Aid is one of the longest established British Muslim charities, and over more than three decades has served the needy of the UK and countries around the world. Its mission and work is now needed more than ever and it is important that it is able to respond effectively. I decided to join Muslim Aid as a trustee to bring my skills and experience to help it to continue its mission.”

Iftikhar is an independent management consultant, with over 30 years’ experience working with the private, public and third sector. He specialises in programme, project and change management, and business consulting, particularly in the area of customer service improvement. Iftikhar's work has taken him to all parts of the UK, as well as to the Netherlands, Germany, Sweden, Turkey and Saudi Arabia. He is a founding member of a number of community organisations and has served on the Board of several charities, working at local, national and international level. He is actively involved in interfaith and community cohesion work, and is an advisor to the UK government on issues related to the Muslim community. Iftikhar has appeared on BBC television talking about his faith, and has broadcast on BBC Radio, particularly ‘Prayer for the Day’ (Radio 4) and ‘Pause for Thought’ (Radio 2). He has also advised on the scripts for BBC drama and documentaries. 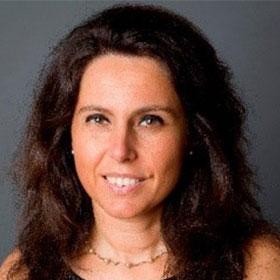 “I am proud to be joining Muslim Aid as Vice-Chair of the Board. Muslim Aid works in some of the world’s most brutal crises, partnering with local organisations to provide life-saving support and long-term opportunities to the world’s most vulnerable people. Muslim Aid has a well-established presence in countries affected by armed conflict and violence, such as Sudan, Somalia and Syria, which have long been a focus of my work. I very much look forward to working with Muslim Aid to further and evolve the agency’s efforts in the face of today’s changing humanitarian and development landscapes.”

Sara Pantuliano is a Managing Director at ODI, where she has led the humanitarian team for six years.

Sara is a member of the Global Future Council on the Humanitarian System of the World Economic Forum (WEF), the Managing Editor of Disasters Journal, a Trustee of SOS Sahel and IRIN news, and has served on a range of advisory boards, including Oxford University’s Refugees Studies Centre and the UN Association of the UK.

She previously led a high-profile UN response in the Nuba Mountains, acted as an observer at the IGAD Sudan peace process and lectured at the University of Dar es Salaam. She has written extensively on Sudan, conflict and humanitarian affairs. 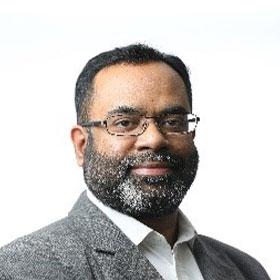 Mohammed Abdul Aziz completed his LLM at UCL and was called to the Bar by Gray's Inn in 1996. He worked as a teacher, police officer, and a lawyer. Abdul Aziz has also served as a Council Member of Liberty and a Trustee of the Book Foundation and the East London Mosque & London Muslim Centre.

Abdul Aziz was the founding CEO of FAIR (2000-3) and the British Muslim Research Centre (2003-5). He has also served as a Commissioner at the Commission for Racial Equality (2003-7) and the Equal Opportunities Commission (2005-7) and on the Commission for Equality & Human Rights Taskforce and Steering Group (2003-6) and the TUC’s Commission on Vulnerable Employment (2006-8). He was elected Chair of the European Network of Racism (ENAR) for 2007-10 and Vice-Chair of the Equality and Diversity Forum for 2010-14. During this period, he was also a Director of FaithWise Ltd and a Consultant Senior Advisor to the UK Government on Race, Faith & Integration (2004-11). He has also sat on two national Honours Committees at the request of the Cabinet Office (2005-11). 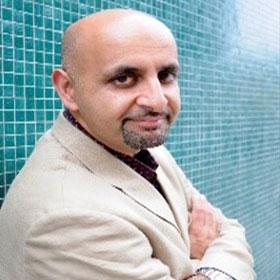 "Like many  I have long been an admirer of the fantastic work of Muslim Aid and it’s a real  to be asked to help them continue to make a difference in the lives of so many around the world and right here in the UK. As a child of a refugee and someone who has visited many conflict and disaster zones I know that help wherever it comes from can be a matter of life and death and its my hope that I can help build on the past successes of Muslim Aid as it  forward to deliver real impact and change wherever  needed.”

Aaqil Ahmed is the former Head of Religion and Ethics at both the BBC and Channel 4. At the BBC his role included commissioning religion TV, running in house TV and radio production in Salford and Belfast as well as being the Head of Religion internally and externally.

At Channel 4, he was also the Head of Multicultural Programming. Winning numerous awards from BAFTA, Emmy to Royal Television Society, as well as nominations including Grierson and Oscar.

He has just set up Aaqil Ahmed Media Consultancy and currently has a number of projects in development with broadcasters in the UK and abroad. Alongside TV production, the consultancy is working in digital and social media with a number of foundation as well as a digital media agency and is delivering bespoke cultural literacy, journalism and diversity workshops training.

Aaqil is Professor of Media at the University of Bolton and a published writer and speaker on media, diversity, religion, demographic change, culture ethics.

He was the Head of The Creative Diversity Network Commissioning Group, devising and pitching the pan TV industry Trainee commissioning editor scheme He has also created a number of bursaries and training schemes to address gaps in production teams and is currently working with a number of companies to advise on their diversity and inclusion needs.

Aaqil is a co-founder of Mosaic, a Princes Trust mentoring that mentors thousands of hard to reach children, pairing them with successful business role models.

He is also a member (designate) of the Higher Education Funding Council of Wales, a Trustee of The Rugby League Foundation for London and an advisory panel member of the University of Westminster.