Description of the best of creation (pbuh)

Imagining the Beloved – Descriptions of the best of creation (pbuh)

It is said that to know a person is to love that person. Muslims are obliged to love the Messenger of Allah, more than even their own selves. There follows, descriptions of the prophet’s physical appearance as described by two of his companions. Close your eyes and imagine him (pbuh) and his splendour and beauty. May Allah increase our love for him (pbuh). 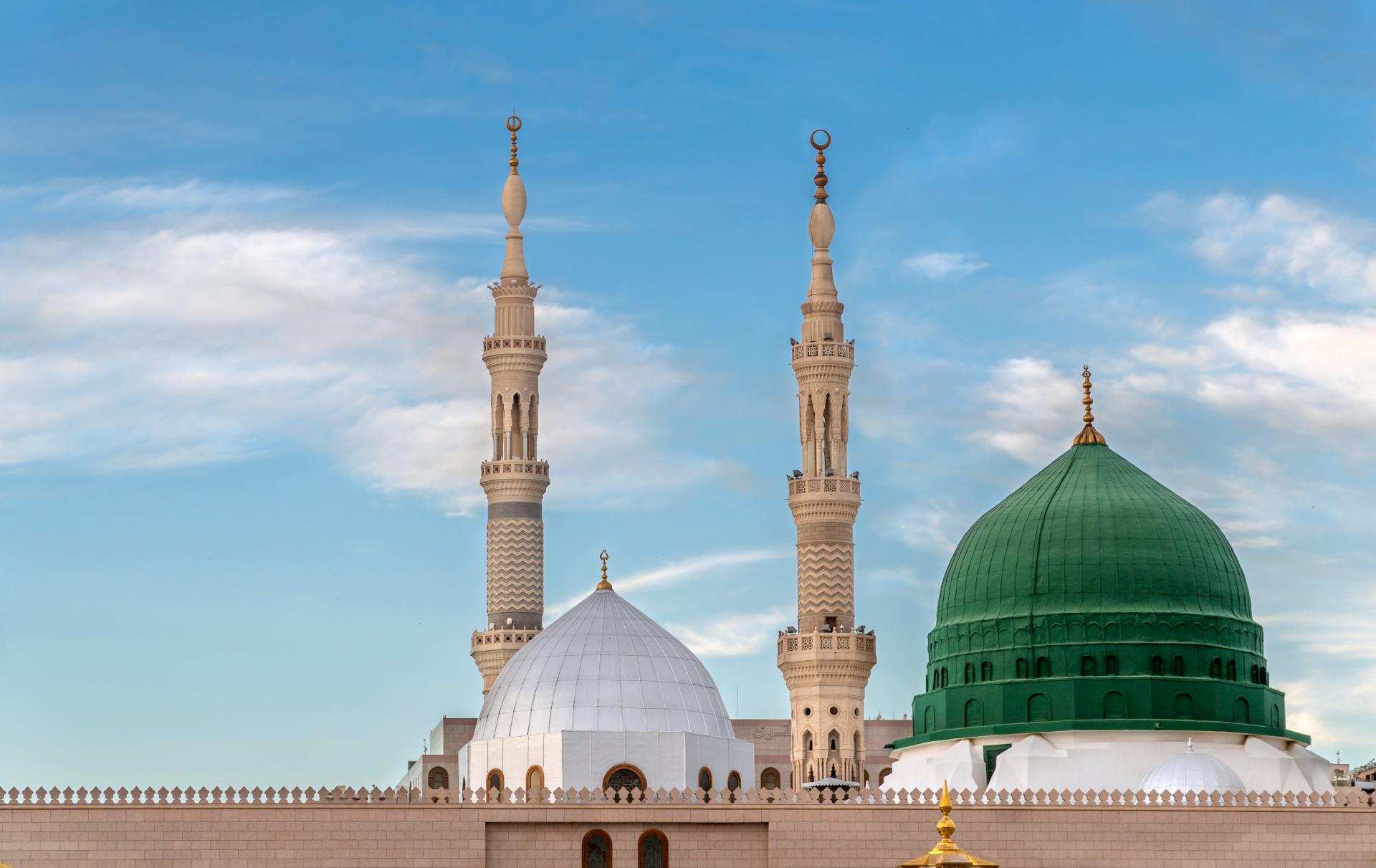 He would say, ‘He was neither excessively tall. Nor extremely short. But rather was of a medium stature among (his) people. His hair was neither extremely curly. Nor straight. But rather it was wavy and flowing. He was neither corpulent. Nor was his face completely circular. But it was slightly rounded. His complexion was fair with some redness. His eyes were very black, his eyelashes were long. His joints were large and his shoulders broad. He was smooth-skinned; a thin line of hair ran from his chest to his navel. His hands and feet were full-fleshed and sturdy.

He walked with vigour, as though descending from a height. When he turned to look at someone or something, he would turn with his whole person. Between his shoulders was the Seal of Prophethood. And he is the Seal of the Prophets. His heart was soundest and most generous of hearts. His speech is the most truthful of speech. He was the gentlest of people. And the kindest of them in companionship. Whoever saw him unexpectedly would be awe-stricken. Whoever came to know him would love him. Whoever described him would say, “I saw neither before him or after him anyone like him”.

“It was narrated that the Messenger (pbuh), his servant, a guide and Abu Bakr (ra) left Makkah, passing a tent of an elderly lady called Umm Ma’bad. She would sit close to the tent and would give food and drink to travellers. So they asked her if they could buy some meat or dates from her but she could not find anything. The Messenger of Allah (pbuh) looked towards a sheep next to the tent. They had run out of provisions and were hungry. The Prophet (pbuh) asked Umm Ma’bad, “What is wrong with this sheep, dear Umm Ma’bad?”

She replied, “The sheep is fatigued and is weaker than the other sheep.”

The Messenger of Allah (pbuh) said, “Does it milk?”

She replied, “I swear by your mother and father, if I saw milk from it then I would milk it.” The Prophet (pbuh) called the sheep and moved his hand over its udder; he pronounced the name of Allah and praised him. Then he called Umm Ma’bad when the sheep steadied its feet and its udder filled. He asked for a large container and milked it until it was filled. The lady drank until full; his companions drank until full, then the others drank. Then it was milked for a second time until the container was full, and they left her and continued on their journey.

After a short while, the husband of the lady (Abu Ma’bad) returned from herding goats that were swaying from weakness. He saw the milk and said to his wife, “Where did you get this milk from, dear Umm Ma’bad. The sheep is single and there is no milk in the house!” She replied, “I swear by God, a blessed man came to us today.” Abu Ma’bad said, “Describe him to me.” She then began her description; imagine your Prophet (pbuh) with this description below:

“I saw a man who is distinctly handsome and of a beautiful countenance. He is well-built, neither blemished by a big belly nor disfigured by an unusually small head. The pupils of his eyes are very dark, his eyelashes are very long and the area around the pupils is extremely white. His eyebrows are perfectly close. He has very dark hair, a rather long neck and a thick beard.

When he remains silent he is ever contemplative and when he speaks, eminence and splendour exhibit in his words. His words are like sliding stringed pearls. He is a gifted orator whose words are neither too few nor too many. He has the clearest speech and the most audible voice as he speaks.

When you look at him from afar, he is the most handsome of all people, and when you move closer to him, he is the most pleasant of them. You will never be tired of looking at him.

He is like a branch between two branches. He is the most handsome of the three and the most important of them. He has companions who honour him; when he speaks they listen to his words and when he commands they hasten to carry out his order. They serve and gather around him. He neither frowns or nags.”

Abu Ma’bad responded, “I swear by Allah, he is the one Quraysh mentioned to us about his affair in Makkah. I am determined to accompany him; if I could go that way.”

We ask Allah ta’ala to make us among those who truly love, follow, and dwell in Jannatul Firdaus with the Prophet (pbuh). Ameen.

There are no days in the year more rich in reward than the first 10 days of...

Empowering vulnerable communities is at the heart of what we do. You could...