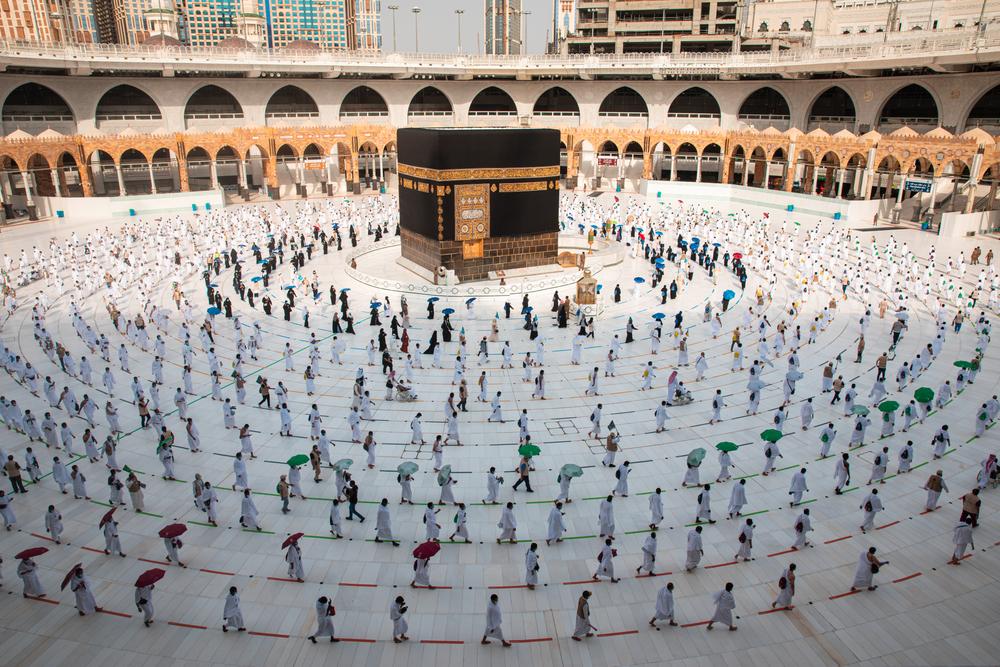 Every year millions of Muslim pilgrims travel to Saudi Arabia to perform Hajj, the Islamic religious pilgrimage to Mecca. Hajj is the last pillar of Islam and it occurs on the 12th month of the Islamic lunar calendar, called Dhul-Hijjah, between the eighth and 13th days of the month.

It is a total of six days ritual when the Muslim pilgrims follow the actions of their Prophet Muhammad (PBUH) almost 1400 years ago. Hajj is compulsory for all Muslims who can physically and financially afford to undertake this journey in the way of Allah.

Amr ibn al-‘Aas (RA) stated: The Messenger of Allah (SAWS) said: “Hajj wipes out whatever sins came before it” (N Stated by Amr ibn al-‘Aas (RA), narrated by Muslim, and to assist in gaining such great reward, it is important that the pilgrim is physically and spiritually prepared for the deed.

Good health allows the pilgrim to make the most of such a wonderful opportunity by performing the maximum worship and seeking the happiness of his Allah to the maximum they can.

The Government of the Kingdom of Saudi Arabia has issued new guidelines regulating the allocation of Hajj vacancies for Hajj 2022.

After two years of restrictions due to the coronavirus pandemic, Saudi Arabia has announced that the number of Hajj pilgrims from within and outside the kingdom would be increased to one million in 2022.

Due to the pandemic, Saudi Arabia has restricted Hajj to domestic pilgrims for the past two years. In 2021, only 60,000 pilgrims performed Hajj, compared to approximately 2.5 million in 2019.

The Kingdom of Saudi Arabia has removed the role of travel agencies in registering, booking, and paying for Hajj packages, accommodation, and permits. Every stage is now carried out by the Saudi Ministry of Hajj.

The Ministry of Hajj and Umrah has launched a digital portal through which those who want to perform Hajj from the foreign countries especially the EU, the USA, and Australia can register electronically for this year's Hajj.

Once an application has been made, Western pilgrims are chosen at random (through a lottery system or online draw) to attend Hajj.  As names are drawn at random, those selected can register and pay for their transportation and accommodation directly with the government of Saudi Arabia. This is done through the digital Hajj registration portal which is designed with multiple facilities like package options, customer support services, and a multi-lingual communication centre that is can be accessed for an hour any day throughout the year.

For additional convenience, this online Hajj portal issues the pilgrims an electronic Hajj visa for those applying from outside Saudi Arabia.

Those western pilgrims who have booked their Hajj deals with the agencies shall ask for a refund, as the government is no longer accommodating pilgrims through the agencies. Several coronavirus restrictions have also been lifted within Saudi Arabia.

Muslims under age 65 who have been vaccinated with two doses of a Saudi Government approved vaccine can apply for Hajj through the Ministry’s dedicated online portal.  Additionally, at the point of entry to Saudi Arabia, the pilgrims must go through a Covid-19 PCR test and the result must be negative. This PCR test must be taken no more than 72 hours before arrival to the Holy land.

The pilgrims must have had two doses of the vaccine a minimum of six weeks before the Hajj 2022 dates. It is important to get the approved vaccinations for Hajj and take vaccination cards along with them.

The Kingdom of Saudi Arabia has approved the following vaccinations against COVID-19 with the complete doses to enter the territory safely:

Those pilgrims who are fully vaccinated with the Covid-19 vaccines approved by the Saudi government will not go through any quarantine period.  But the visitors including the pilgrims too, entering the land on visit visas, must show their medical insurance forms/cards that would cover any medical issue or treatments related to COVID-19 expenses during their stay in the country.

At Hajj 2022 Muslim pilgrims are no longer required to get a permit to a visit and pray at Grand Mosque in Makkah and the most loved Prophet’s Mosque in Madinah.

With a single Hajj permit, pilgrims are allowed to worship Allah at Ka’bah and these mosques. The Hajj Permit can be downloaded from the online app Absher.

The authorities of the Kingdom of Saudi Arabia for the convenience of the Muslim pilgrims have granted Hajj and Umrah permits. With these permits, the pilgrims can enter Makkah. All visitors, including Saudi nationals and foreign pilgrims without a Makkah entry permit, will not be allowed within the city.

This restriction by the Saudi Authorities will remain in effect until the end of this year’s Hajj session.

At the time of writing, the online Hajj registration platform for pilgrims from Australia, Europe, and the USA for Hajj 2022 has now been closed. However similar processes will be put in place for Hajj 2023 so preparation for applications can commence in advance.