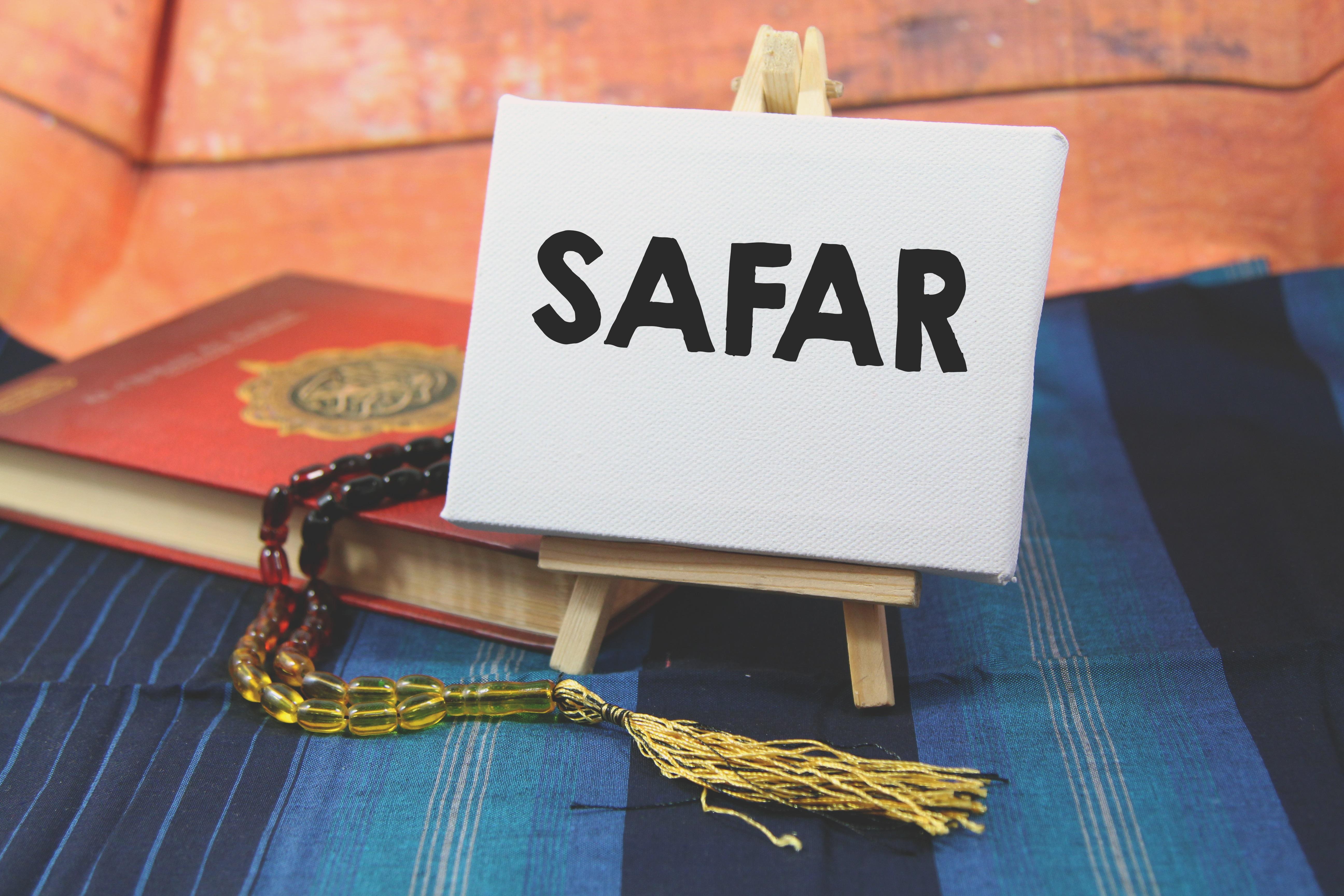 Safar is the second month of the Islamic calendar and follows the month of Muharram. One translation of Safar is “empty”, alluding to the emptying of houses as the month of Safar was used by Muslims to vacate their homes for the purpose of gathering food.

An alternative translation of Safar is “whistling of the wind” as it was referred to as the windiest time of the year. A lot of Islamic months are named after weather conditions; however, seasons no longer apply to the Islamic months since they follow the lunar calendar.

Due to the sacredness of the Dhu al-Qadah, Dhu al-Hijjah, and Muharram, war and battle were not prohibited. Therefore, when the month of Safar commenced, many left their homes to go to war, do raids, and collect war-booty. This contributes to widely spread misconceptions regarding Safar that it is a difficult month for both the living and the deceased. However, these fallacies have no basis in the Quran.

The true Muslim belief is that there is only one all-powerful being, Allah (SWT). This omits any possibility of evil spirits or bad omens that are associated with Safar and allows for a better understanding of this month.

What happened in the month of Safar?

After the battle between Hazrat Imam Hussain (AS) and Yazid, the family of Imam Hussain (AS) was punished during Safar. This was a painful experience for the Muslim community and was the scene of many important incidents and speeches. This made it one of the most unforgettable incidents in the history of Islam.

Later, Imam Hussain’s (AS) daughter, Sakina Bint Husayn, sadly died at the age of four whilst consoling her mother and weeping for her father. Meanwhile, Muslims across the globe celebrate the Chehlum of Imam Hussain (AS) to this day.

Soon after, Prophet Muhammad’s (PBUH) daughter, Fatima (AS), married Ali (AS). Additionally, the Prophet fell sick at the end of Safar and later died of this sickness during Rabi al-Awwal.

The Battle of Khaybar also took place during Safar; this was fought during the year 629 between the Muslims and the Jews. During this battle, the Muslims were underestimated which the Prophet (PBUH) defied through conquering each fortress with ease.

Similarly, Safar saw the Battle of al-Abwa take place which was the first military expedition that was organised by the Prophet (PBUH). However, contrasting to what the name suggests, no actual combat took place.

In response to many battles, Allah (SWT) ordered Muslims to migrate from Mecca to Medina during this month. This was in the name of establishing Islam as the religion of love and peace. Additionally, this influenced the notion of Safar Ki Dua (or Safar Dua) which keeps you safe whilst travelling.

The most common misconception about Safar is that it is a bad or evil month; this stems from the battles and raids of the month that evoked losses of money and social order. Therefore, the notion of hardship has been tied to the month and this perception has been carried from generation to generation. Despite the presence of battles throughout the month, there is no evil spirit associated with Safar and the month itself is not one of misfortune.

Another mistaken belief is that positive life events should not be started during Safar as “evil spirits” will not allow new beginnings to flourish, and terrible losses will be incurred. Due to this misconception, many people will avoid getting married, starting businesses, or engaging in any other major life events. Yet, there is nothing in the Quran to suggest that this month should be treated differently from any other.

One other misconception about Safar is that the first 13 days of the month are especially difficult. Children, young girls, and brides are mistakenly thought to be more susceptible to sickness during this time. This influences many to break their earthen utensils as they believe that these will be the targets of evil spirits over the first 13 days of Safar.

Finally, these negative misconceptions lead to a celebration at the end of the month for many Muslims. Some distribute food in an attempt to keep evil spirits away from them as Safar comes to a close. Despite this, Safar has no bad spirits attached to it and its close does not need to be observed as a celebration.

Make the Most of Safar

Though there are no specific deeds that one must follow during Safar, it is important to worship Allah (SWT) and follow the teachings of Prophet Muhammad (PBUH) all year round. Therefore, Safar should be no different in the expression of your faith and devotion to Islam.

Additionally, we should all strive to discount the circulation of misconceptions and incorrect beliefs that are attached to Safar. We must remember that there is no misfortune or hardship caused by evil spirits during this month and that nothing happens outside of Allah’s (SWT) will.

With this in mind, you can make the month of Safar a positive one for someone in need by donating to one of the Muslim Aid appeals today.