The Benefits of Female Education

Education is the backbone of proper society and through education, we can improve all aspects of life regardless of background, financial status and gender. Sadly, in many developing countries, boys are still considered superior to girls and girls are often left behind to maintain the household with little regard for their education. 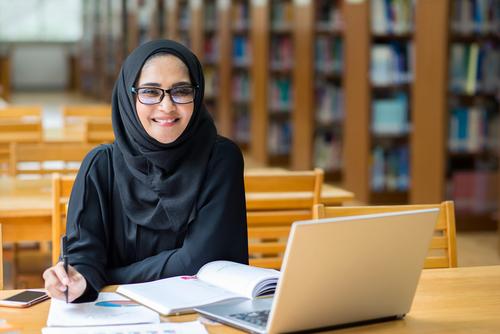 Muslim Aid are hoping to change the world for the better and our child sponsorship programmes ensure every child – male and female – can receive a comprehensive education for a better future. We aim to improve the rights of girls and woman everywhere and to ensure all communities can reap the benefits that come through educating and empowering girls and women.

-        It is a widely known fact that girls mature at a far younger age than boys, which could lead to them being able to apply their knowledge and skills sooner; thus, enabling them to develop a sustainable livelihood and escape poverty at a much earlier stage in life. Not only does this benefit the individual but her family, local community and empowers the greater society to achieve more.

-        Educated women are more likely to encourage a good education and inspire compassionate values into their own children in addition to her wider family. This will help empower entire generations of families, rather than simply boosting the individual. Not only sharing her knowledge, but an educated woman also has a better understanding of maintaining a healthy family and how to ensure the emotional and mental wellbeing of her children and extended family.

-        An educated girl is better informed about pregnancy-related issues, as well as influences on her general health and that of her family. In turn, this knowledge not only reduces unplanned pregnancy rates and infant mortality rates; it can effectively result in experienced female health care providers who can better assist with childbirth and pregnancy-related care.

-        Educated girls are far more likely to be aware of issues surrounding violence and abuse and are less likely to become victims of things like domestic and sexual abuse or human trafficking. For every year that a woman is in education, their confidence grows and a confident woman prefers to stand on her own two feet, work outside the home and is much less likely to give in to abusers that like to isolate their unfortunate partners. According to the World Bank Report released in 2014, women who completed secondary education had a 36% lower risk of domestic abuse and violence in the home.

-        Women who have access to education have a greater awareness of politics and confidence in their ability to lead, resulting in stronger and more informed female leaders who are more likely to be politically involved. Studies have shown that women who have received an education are much less likely to support extremism and militarism than men educated to a similar level, which can lead to a safer and more compassionate society for all.

-        Preventing social discrimination early on in development can help save women from suffering depression and other mental health disorders that are a result of being kept at home to carry out chores. By providing women access to education, they can build better support and professional networks, improving their future career prospects.

-        Overpopulation is a growing concern and large families can often directly correlate to a lack of education for women. By educating women, they can make more informed choices about their family planning and help to slow the rapidly growing world population.

-        Women tend to be more empathetic, compassionate and seek satisfaction in their job role and responsibility, as opposed to salary. This can bring plenty of positive changes to a traditionally male-dominated working industry and see better engagement with workers of both genders. The benefit of male education over female in terms of leadership has been shown to be negligent, with the core principles of the individual contributing to better leadership and management rather than their gender.

There are many other important factors that endorse the importance of a girl’s education; examples include a significant reduction in childhood marriage rates, better prevention of diseases like AIDS, and combatting gender stereotyping which currently still exists in various cultures around the world today.

Education and knowledge are, by far, the most powerful weapons known to mankind. It is a fundamental factor in being able to make a valuable and substantial difference in the world. Education is not just about knowledge but about understanding and both fear and misunderstanding of the unknown is often the driving cause behind much of the violence and conflict in the world today.

This is not to say that more girls should be provided with education rather than boys. Instead, it is a reminder to recognise the importance of equality across both genders – especially in communities where women are seen as the weaker gender.

One reason for such gender stereotyping could be the stronger physical attributes of a male. However, it could be argued that women are more emotionally and intellectually advanced, able to nurture a family or community singlehandedly. Education should, therefore, be accessible to both males and females in equal measure. Women are not only life-bringers but they often tend to fall naturally into household management roles and can be the greatest influencer in raising children that eagerly contribute to society.

Children are the future and every child deserves the right to grow up in a supportive and caring home environment with access to education and medical care. By sponsoring a child through Muslim Aid, you ensure a developing child receives the food they need to grow and the clothes they need to get through harsh winters.

Just £30 a month can prevent a child’s suffering and help a child in need, regardless of gender, access life-changing education to better themselves and improve their chances for providing for their own family in the future. Together, we can be the difference for the community’s that so often get forgotten and work towards a more hopeful world for everyone.

For further information on contributing towards child sponsorship with Muslim Aid, click here, or alternatively, give our team a call on 020 7377 4200.