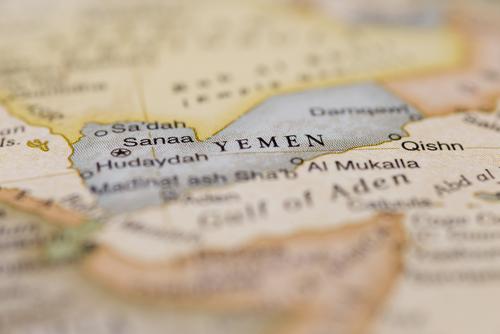 Yemen is currently suffering from one of the worst humanitarian crises in the world today. With seemingly no end in sight to the conflict, these vulnerable, impoverished people are struggling to survive.

With essential supplies like food, medicine, and clean, safe water in short supply, daily life is a challenge. As a result of the ongoing conflict, thousands of innocent people have been left with no choice but to flee their homes and communities, leaving behind possessions, livelihoods, and loved ones.

In an effort to shed light on the situation, Muslim Aid has compiled some key statistics relating to the current crisis in Yemen.

Over 6,850 people have lost their lives during the crisis.

Millions of innocent Yemeni citizens have been caught up in the conflict through no fault of their own. Those who remain in their homes and communities are at risk every day, and sadly, many vulnerable people have lost their lives as a result of the conflict to date. The UN Human Rights Office documented that a total of 6,872 civilians lost their lives between 26th March 2015 and 8th November 2018 as a result of the crisis.

More than 10,500 others have been injured as a result of the conflict.

The same report by the UN Human Rights Office also documented that an additional 10,768 civilians were injured throughout the same period of time. Due to shortages of medicine and essential healthcare facilities, many of the injured are unable to access the medical care they urgently need.

In August 2018, the UNFPA reported that 1.1 million pregnant Yemeni women have been left malnourished by rising food shortages. Additionally, lack of nourishment is also threatening the lives of 75,000 women, increasing the likelihood of complications occurring during childbirth and amplifying the risk of their newborns suffering from stunted growth. The health of both mother and baby depends on getting the correct nutrients during pregnancy, so these vulnerable women are at high risk of suffering complications, premature births, or even losing their babies.

Additionally, malnutrition is also affecting vulnerable babies and young children in Yemen. According to an April 2019 report by the World Bank, around 3.2 million people in Yemen urgently require treatment for acute malnutrition. That figure includes 2 million children under the age of five, who are in desperate need of assistance and life-saving food aid.

An estimated 40% of Yemeni households have lost their primary source of income.

The same report stated that an estimate of more than 40% of households in Yemen have lost their main source of income. The continued conflict has wreaked havoc on the local economy and caused severe disruptions to essential infrastructure and public services. Jobs are scarce, and without a regular source of income, many Yemeni people are slipping further into poverty.

17.8 million people have no access to clean water and sanitation facilities.

Clean, safe water and proper sanitation are things that most of us take for granted, yet for millions of Yemeni people, these basic human rights are a luxury that they cannot access. The World Bank reports that the ongoing conflict has left an estimated 17.8 million people without access to sanitation and clean water. As a result, outbreaks of preventable diseases are sweeping across the country, adding further strain to a healthcare system that is already stretched to breaking point.

Due to the conflict, a lack of hospitals, and a severe shortage of medical supplies and trained medical personnel, healthcare in Yemen is under intense pressure. The same report by the World Bank shares the staggering statistic that 19.7 million people in Yemen currently do not have access to basic healthcare. When you consider the number of people injured by the ongoing conflict and suffering from the effects of preventable water-borne diseases, this is a serious problem which is only getting worse.

80% of the Yemeni population is currently at risk.

To put all the above statistics into perspective, the UN estimates that an overwhelming 80% of Yemen’s population is currently at risk. That equates to an overwhelming total of approximately 24 million people. Of that number, an estimated 14.3 million people are in acute need. With so many people in need, it is essential that we do what we can to save lives and support the most vulnerable people in Yemen.

At Muslim Aid, we are committed to doing everything we can to ease the suffering of these vulnerable people. Donate today and help us continue to make a real difference to Yemen, delivering essential aid and saving lives.

Just £150 could provide a water filtration unit to enable a family to have clean, safe water for an entire year.

£300 could provide the means to save a vulnerable child from the devastating effects of disease and starvation.

A generous donation of £500 could save a village of approximately 2500 people from deadly diseases like cholera.

We might be guilty of taking our good fortune for granted, but this is our chance to support our brothers and sisters in their time of greatest need. In the Western world, things like clean water and nutritious food are readily available, but for these people, even the most basic human essentials are a real lifeline. Help us answer their prayers and donate to Yemen with Muslim Aid.