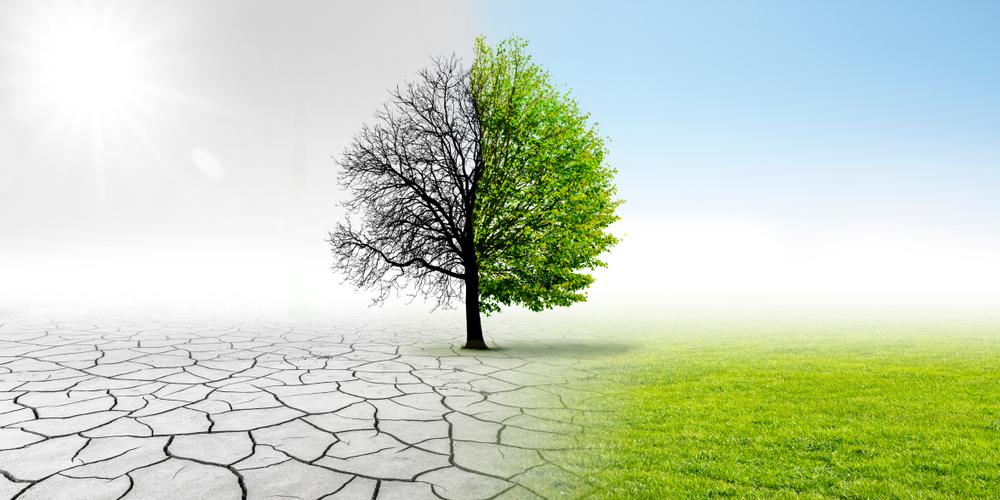 On 19 July 2022, we saw temperatures soar to a record-breaking 40.2°C in some areas of the UK. Prior to this, the hottest temperature recorded was 38.7°C, which is an already pretty unbearable temperature when considering the insulation of UK infrastructure that traps heat. If we use London as a marker, the average temperature sits at around 17.8°C in July, which only shows the severity of the climate change problem. Temperatures that exceed 35°C aren’t normal for the UK, and the country isn’t built in a way that’s equipped to handle such extreme heat.

“Exceptional” heatwaves, such as the most recent one, are products of climate change, and this is a very real and concerning issue. As a result, we must take actions to reduce climate change; otherwise, we run the risk of increased flooding, more erosion from storms, sea-level rise, and much more.

In a word, yes. Every heatwave that occurs is made more probable, regular, and extreme by climate change. In fact, a study was carried out in relation to the previous record-breaking heatwave in which temperatures hit 38.7°C. The results of the study found that temperatures could have been up to 3°C cooler if the climate wasn’t changing.

Although we’ve experienced the effects of climate change in the UK recently, this is by no means a national issue. On the contrary, climate change is a global problem, as demonstrated by the heatwave that occurred in 2021 across the US and Canada, whereby scientists discovered that it would be virtually impossible to reach such temperatures if the global temperature wasn’t increasing.

How Does Climate Change Affect Heatwaves?

Since the industrial revolution, the average global temperature has increased by as much as 1.2°C due to human activity. Perhaps the most detrimental human activity is the burning of fossil fuels, which results in greenhouse gases being trapped in the atmosphere, causing the global temperature to rise. Due to this rise, naturally occurring hot periods are amplified, resulting in regular heatwaves of extreme temperatures.

Although 1.2°C may not sound like a lot, you’d be surprised by just how much of a difference a degree makes. For instance, in humans, if your body temperature is 1.1°C above your normal temperature, this is considered a severe fever; any higher than this could result in life-threatening consequences.

On top of the rising global temperature itself, climate change can also result in drier soil conditions. Consequently, the sun’s energy is invested into heating the ground and air, as opposed to evaporating water, which only contributes to the heat.

Similarly, global positioning also affects how a region reacts to climate change. For example, Africa is warming up faster than the global average, and other areas can also be affected by this. As a result, the heat is made to feel more intense.

What Are the Consequences of More Heatwaves?

Many people underestimate the power of heat, but extreme temperatures can, and have, killed thousands of people. In 2021 alone, the unprecedented hot weather in the UK saw 3,000 people die. Due to intense coldness being the number one weather killer of people in the UK, the concern for heat fatalities is often overlooked. Despite this, in the absence of measures to combat climate change, heatwaves are likely to become the most dangerous natural hazard.

What About the Future?

Currently, we are doing more to contribute to than fight against climate change, meaning that heatwaves are set to worsen and become more regular. Although seeing temperatures exceed 40°C in the UK is still a rarity, the likelihood of it reoccurring has increased. If climate change combat initiatives aren’t implemented, these temperatures could occur every three to four years in the UK.

Everyone can do their bit to limit rising global temperatures; however, the biggest affecting bodies are large industries. Therefore, in order to limit rising global temperatures, the world would need to take action on emissions in line with the international Paris Agreement, in which temperature rises would be limited to 1.5°C or 2°C above pre-industrial levels. In terms of the UK, this means its legal target to cut emissions to net zero by 2050 must be delivered.

Furthermore, we must accept the inevitable rise in heatwaves and adapt the country to deal with such. For instance, houses will need to be built with sufficient ventilation and shading, while cities will require more trees and green space to provide these environments with shade.

What Does This Mean for Muslim Aid?

Here at Muslim Aid, we deliver aid across the globe, and many of the communities we work with are already struggling with natural hazards. In the wake of climate change, this issue is only set to worsen, making our work more vital now than ever. Help us help others combat the effects of climate change by making a donation today.