The Sacred Month of Muharram 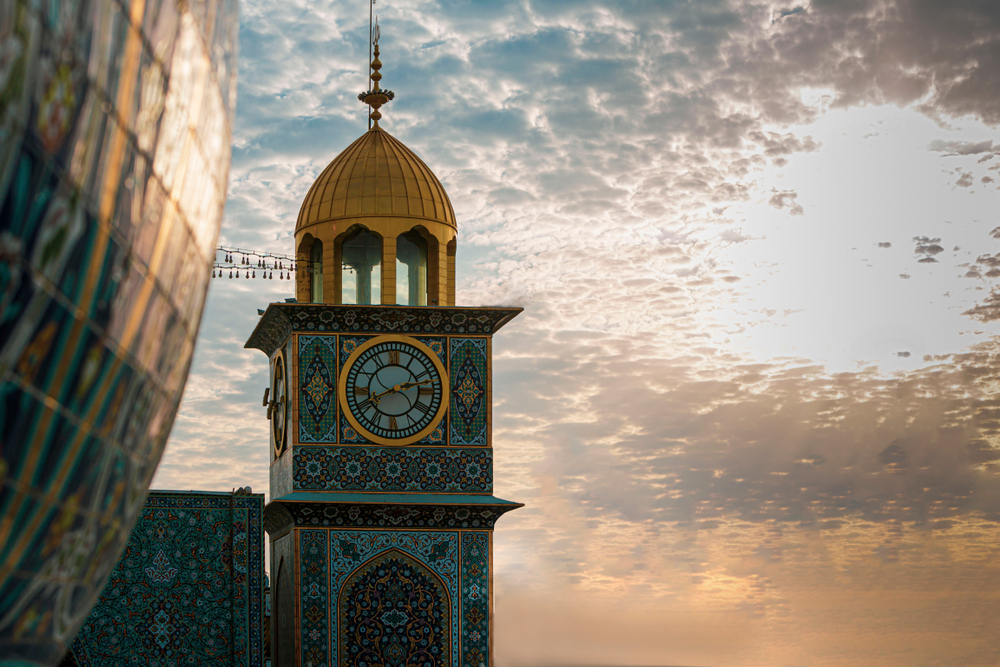 Muharram is one of the most important months in the Islamic calendar, commencing the start of a new Islamic year. This month is also known as Muharram-ul-Haram, and the Prophet Muhammad (PBUH) referred to it as ‘the Sacred Month of Allah’. It is an extremely important and blessed month for multiple reasons, as we’ll explain below

The highly blessed month of Muharram is one of the four sacred months outlined by Allah (SWT) and is of particular significance - warfare is absolutely forbidden. Its importance is suggested by its name, with ‘Muharram’ literally translating to ‘forbidden’.

‘Indeed, the number of months with Allah is 12 [lunar] months in the register of Allah [from] the day He created the heavens and the earth; of these, four are sacred. That is the correct religion [i.e., way], so do not wrong yourselves during them. And fight against the disbelievers collectively as they fight against you collectively. And know that Allah is with the righteous [who fear Him]’. – Holy Quran (9:36).

Every single deed, whether it be good or bad, is weighed at a heavier weight on the scales during this month, so all Muslims should try to be better. Muharram is significant because Allah (SWT) designated it as one of the four sacred months of the year; however, many Muslims observe it to commemorate the death of Prophet Muhammad’s (PBUH) grandsons. Given this month is a sacred month, many Muslims fast during Muharram to increase their worship.

Allah (SWT) commands us to look after ourselves and prevent the action of wronging during this significant month. This means that we should avoid engaging in wrongful and sinful actions and, instead, have pure intentions and perform righteous deeds, and worship Allah (SWT).

There are a number of notable events that have occurred across the month of Muharram, with two of the most prominent being:

The Day of Ashura

The Day of Ashura marks the day on which the Prophet Musa (Moses) (AS) and the Israelites were saved by Allah (SWT) from the Pharaoh by splitting the Red Sea, which they passed through.

The other significant event which occurred on the Day of Ashura was when Prophet Nuh (Noah) (AS) finally left the Ark.

Fasting on The Day of Ashura

The practice of fasting on Ashura was known even before the rise of Islam. When the Prophet (S.A.W.) arrived in Madinah at the time of migration, the Jews were observing the fast on 'Ashura' and they said: "This is the day when Moses became victorious over Pharaoh." On that, the Prophet (S.A.W.) said to his companions (R.A.): "You (Muslims) have more right to celebrate Moses' victory than they have, so observe the fast on this day." (Sahih Bukhari: 4680)

When different Companions (R.A.) told Prophet (S.A.W.) that fasting on the Day of Ashura is glorified among Jews and Christians, then Prophet (S.A.W.) encouraged them by saying: “If I live until next year, I will fast the ninth day (of Muharram) too.” (Ibn Majah: 1736)

Unfortunately, the Prophet (S.A.W.) did not live to see the next year. Therefore, Muslims consider the 9th and 10th of Muharram as significant days in the Islamic calendar and observe fast on these days. [Sahih Muslim: 1134 (a)]

Earlier on, it was obligatory to fast on the 10th of Muharram. However, later, fasting was made obligatory in Ramadan only, and fasting on the 10th Muharram was made optional. As narrated by Aisha (R.A.) that the Prophet (S.A.W.) said: “Whoever wishes to fast (on the day of ‘Ashura’) may do so; and whoever wishes to leave it can do so.” (Sahih Bukhari: 1592)

However, the Prophet (S.A.W.) used to fast on the Day of Ashura even after fasting in Ramadan was made obligatory.

When Ibn Abbas (R.A.) was asked about observing the fast on the Day of Ashura, he said: “I do not know Allah's Messenger (S.A.W.) singling out any day's fast and considering it more excellent than another, except this day (the Day of Ashura) and this month, meaning the month of Ramadan.” [Sahih Muslim: 1132 (a)]

So, fasting on the day of ’Ashura' is a confirmed Sunnah of the Prophet (S.A.W.) and makes one entitled to a great reward from Allah (SWT)

According to a Sahih Hadith, one of the many blessings of Allah for a person who observes fast on ‘Day of Ashura’ is that their sins of the past year will be forgiven.

The Hadith clearly mentions the word of the Prophet (S.A.W) as “I hope”, which means that the person should observe the fast wholeheartedly for Allah (SWT) only and seek reward from Allah (SWT) only and, Insha’Allah, Allah (SWT) almighty will reward that person by forgiving his sins that he committed in the previous year.

The Battle of Karbala occurred on 10 October 680 AD in the city of Karbala, Iraq. It was between the army of the second Umayyad dynasty, Caliph Yazid I, and the family and followers of Imam Husayn Ibn Ali, the beloved grandson of the Prophet Muhammad (PBUH).

Upon reaching Karbala on the third day of Muharram, Imam Husayn established a camp. He was faced with a large army of around 4,000 men, commanded under Umar Ibn Saad, the son of the founder of Kufah. On the seventh day of Muharram, upon Yazid I’s orders, Imam Husayn, his family, and companions were banned from accessing water, causing them to become weak and leading to the death of many.

On the 10th day of Muharram, called Ashura, both parties assumed a position of battle and engaged in a brutal battle, during which Imam Husayn was ruthlessly martyred along with many of his family and followers.

Why is Muharram Sacred?

Muharram is a sacred month in Islam no matter what sect you follow and what events you observe because, first and foremost, Allah (SWT) declared it as one of the four sacred months, so all Muslims must observe it with respect and good practice.

It is a time to engage in devout worship and remembrance of Allah (SWT), glorifying him. Muslims should use this time to improve their spirituality and refrain from sinning with the aim of becoming a better Muslim and pleasing Allah (SWT).

This year, depending on the moon, the month of Muharram is expected to start in the evening of Friday 29 July, with Ashura expected to fall on 8 or 9 August.

Make the Most of Muharram

As mentioned, all deeds – both good and bad – have a greater weight during this month. This means any acts of generosity will incur additional benefits for you. You can reap the rewards of this sacred month and help someone in need by donating to Muslim Aid here.

The Muslim Aid team hopes that Allah (SWT) makes the new Islamic year prosperous and productive for the Muslim community.