Qurbani - A Time for Sacrifice

From an early age, we are taught to be kind to others, to be selfless and more giving and to share wherever we can. These qualities, amongst many others, are signs of a humble person and humility is loved greatly by Allah SWT. 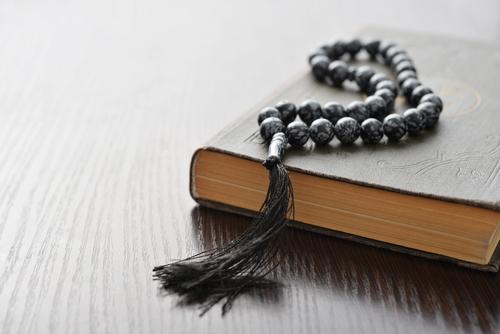 "Thus, turn in prayer to your Lord and sacrifice to Him only."

The occurrence of Qurbani follows after the period of the annual pilgrimage to Hajj; Hajj 2017 is estimated to fall around the end of August, beginning of September this year. The act of Qurbani involves the sacrifice of an animal; a sheep, goat, cow, buffalo, bull or a camel, in particular, any of which should be in good health at the time of sacrifice.

The very act of Qurbani is performed following Eid-u-Adha prayers after the pilgrimage of Hajj is complete and is obligatory upon Muslims that are eligible for Qurbani.

The amount of shares per animal is determined by the size of the animal – for example, a camel counts as seven shares and a sheep counts as one singular Qurbani. The meat from the animal is then equally separated into three portions and is ready for distribution amongst friends and family, yourself and those in need.

To donate your Qurbani with Muslim Aid this year and to ensure your contribution reaches those who need it the most, give us a call on 020 7377 4200 or see here for more information.