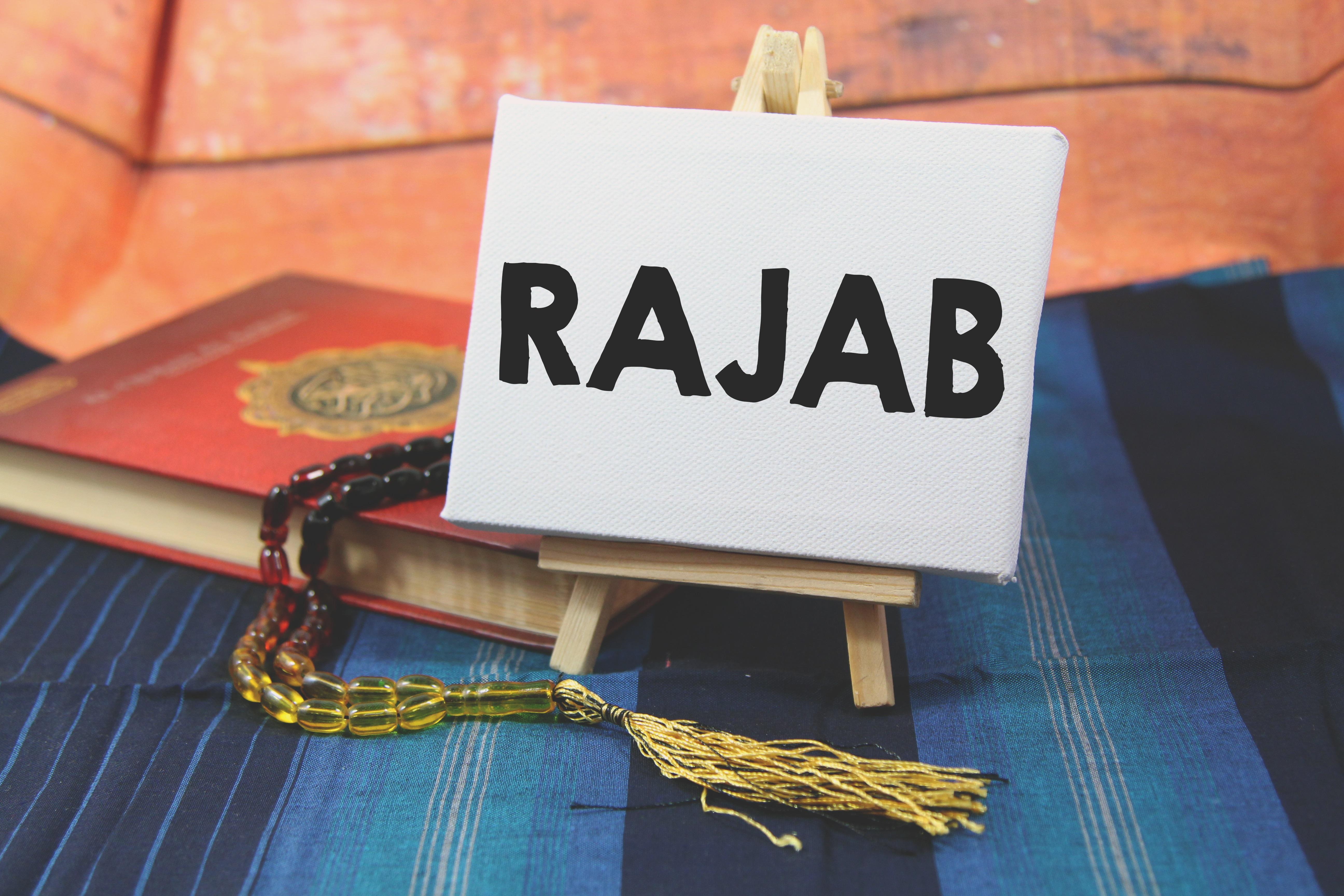 Rajab is the seventh month of the Islamic calendar. It is one of the four sacred months designated by Allah (SWT), making it of special significance along with Dhul al-Qadah, Dhul Hijjah, and Muharram. There are many blessings to be sought in Rajab, but it is an incredibly religious time as several key events took place during this month, too.

What Does Rajab Mean?

When translated to English from Arabic, ‘Rajab’ means ‘to respect’. There are several variations of the name of the month of Rajab, including Rajab al-Murajjab which means ‘extraordinary honour’. It is also sometimes called Rajab al-Asamm which means ‘deafening and silent’, relating to the fact that warfare and fighting is banned during this times.

Another name the month often goes by is Rajab the Separate One. This is because Rajab does not fall next to the other three sacred months – it is on its own.

Why is Rajab Month Significant?

The importance of Rajab as an Islamic month comes from the fact that Allah (SWT) chose it as one of the four special months during which fighting and warfare is strictly forbidden. The other three sacred months run in succession to each other and surround the Hajj.

Rajab doesn’t fall close to Hajj, but it was dedicated as a sacred month so that Muslims can carry out Umrah (the smaller, non-obligatory pilgrimage to Mecca), in safety. Like the other three sacred months, both good and bad deeds are judged and rewarded/punished more severely during Rajab, highlighting the religious importance of the month.

In addition to being a sacred month, there were numerous noteworthy events that took place during the seventh month of the year.

Prophet Muhammad’s (PBUH) parents are said to have been wed during the auspicious month of Rajab.

The Conception of Prophet Muhammad (PBUH)

It was during Rajab that Allah (SWT) blessed Abdullah inb Abd al-Muttalib and Amina bint Wahb with the precious gift of life in the form of the conception of the last messenger, Prophet Muhammad (PBUH). Unfortunately, Prophet Muhammad’s (PBUH) father died before he was born, and his mother died when he was just six.

One of the most notable events in all of Islam and indeed during Rajab is Al-Isra’ wal Miraj, the Night Journey and Ascension. This is when Prophet Muhammad (PBUH) travelled from Mecca to Jerusalem, and from there he ascended to heaven. The divine miracle took place on 27 Rajab.

The Prophet (PBUH) was experiencing hardship in the run up to the Night Journey. He was facing extreme adversity from the Quraysh following the death of his first wife, Khadijah, and his uncle, Abu Talib. He lost all protection after they died, and many people rejected his Islamic messages.

Prophet Muhammad (PBUH) was taken to the Kaaba by Angel Jibril who opened his chest and cleansed it with Zamzam water before pouring in wisdom and faith. In his own words, Prophet Muhammad (PBUH) said Angel Jibril: “opened my chest, and washed it with Zamzam water. Then he brought a golden tray full of wisdom and faith, and having poured its contents into my chest, he closed it.” [Bukhari]

After that, the Prophet (PBUH) was presented with a Buraq – a creature that was smaller than a mule but bigger than a donkey, and whose stride was big. Prophet Muhammad (PBUH) mounted the Buraq and commenced the journey to Jerusalem. He and Angel Jibril made multiple stops along the way to pray, with the first being in Medina. The Prophet (PBUH) had not yet migrated to Medina, but he did so following the Night Journey.

After Medina, they stopped at Mount Sinai which is where Allah (SWT) revealed the Torah to Prophet Musa (AS), and then they went to Bethlehem, where Prophet Isa (AS) was born. After this, they stopped to gray at the grave of Prophet Musa (AS), before reaching Al-Masjid Al-Asqa. This is where Angel Jibril and Prophet Muhammad (PBUH) encountered the other 24 Prophets who preceded Muhammad (PBUH) and they stood in prayer together.

Rajab is set to commence on 28 February 2022 subject to the sighting of the moon.

Making the Most of Rajab

A month of miracles and peace, there are many ways you can make the most of Rajab. Fasting in the month of Rajab is one of the ways many people choose to get closer to Allah (SWT), but there is no specific guidance on which days are preferable.

Giving to charity is a good way to get closer to Allah (SWT) and make good with the Creator. We have a number of appeals that you may donate to in Rajab, all of which will cleanse your soul and for which you will be duly rewarded by God. Please give what you can this Rajab and help someone in need whilst cementing your faith in Allah (SWT).