Hunger and Poverty at a Glance 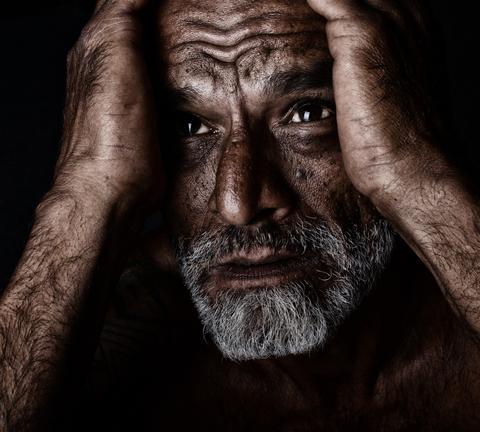 Hunger and poverty are two immensely challenging obstacles most developing countries face today. What makes these two obstacles so challenging is that they are huge problems to begin with. Furthermore, they create dozens of other problems like a chain reaction. This causes even more damage, making an already bad problem, worse. Overcoming hunger and poverty are a top priority, not just among developing countries but also among aid agencies and charity organizations.

In today’s post, muslim aid will offer some statistical analysis of hunger and poverty in different parts of the world. The idea is to portray an accurate picture of how things stand today and how much efforts are still needed to ensure sufficient aid and supplies reach these regions. The goal is to inspire people to donate to relief aid causes and other UK charity programmes.

According to the United Nation’s Food and Agriculture Organization, nearly 870 million people today are suffering from chronic undernourishment. The world’s population is more than 7 billion today. That means one in eight individuals is malnourished. A majority of the undernourished people are in developing countries. They represent 15% of the developing country's’ population. This means that there are 16 million starving people in developed countries. This represents an increase of 3 million from 13 million back in 2010.

A great concern about hunger is not the total number, but rather, the rate at which it is increasing in some regions. In Africa, for example, hunger has gone up from 175 million to almost 240 million. A massive twenty million people become a part of this statistic within the last few years, indicating a severe economic turmoil in the African continent.

There was some noteworthy improvement in the Asia region and the Pacific. Their numbers went down to 563 million malnourished people. This was a result of massive relief aid efforts in the region and noteworthy socio-economic progress undertaken by local government and international aid organizations. Asia now represents 14% of undernourished people down from 23.7%. There were notable improvements in other areas as well, such as Latin America and the Caribbean.

Poverty is regarded as the primary cause of hunger. If people are poor and can’t provide for themselves, they will end up becoming malnourished. The connection is simple. Poverty itself can be caused by a number of reasons be it economic instability, war, famine, or a natural disaster. It could also be due to insufficient access to resources or just inadequate resources to begin with.

The World Bank estimates that an estimated 1.3 million people in developing countries live on $1.25 a day or less. Poverty continues to be a chief concern among developing nations, local governments and charity organizations. It is widely agreed that tackling poverty can positively impact hunger and other related aspects such as high crime rate, poor social interaction skills, lack of education, and much more.

Just like hunger, there has been progress in the fight against poverty. Education against poverty programs have helped tremendously as well as non-stop aid efforts.  Certain regions that have shown improvement have been East Asia with China leading the way. Unfortunately, the situation in Africa is the exact opposite where poverty continues to increase at an alarming rate.

www.muslimaid.org works extensively in different regions of the world. Our goal is to overcome poverty and hunger issues in developing nations and provide for the affected victims and their families. Join our cause, and together we can influence the numbers in our favour.