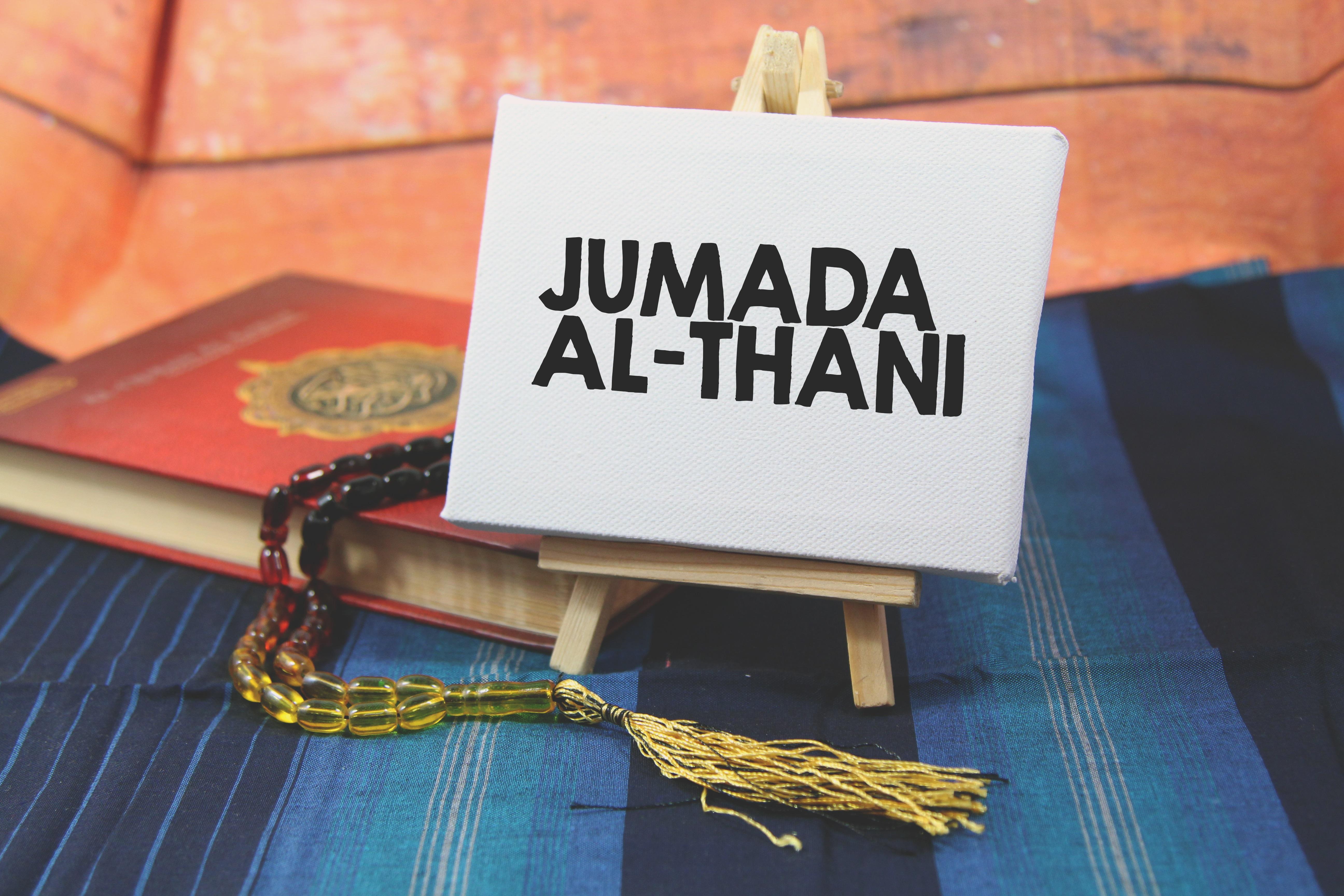 The Islamic calendar is made up of 12 months, the sixth of which is called Jumada al-Thani (also known as Jumada al-Akhir). Though not the most significant month, several important events took place during Jumada al-Thani which are important to Muslims of all sects.

What is the Jumada al-Thani Meaning?

The translation of Jumada al-Thani can be broken down into two parts. Firstly, Jumada means ‘parched land’, and al-Thani means ‘the second’. This is because Jumada al-Thani is preceded by Jumada al-Awwal – the first of the dry months.

What is the Significance of Jumada al-Thani?

There are several notable events that have taken place in the sixth month of the Islamic calendar, with Muslims of different sects observing multiple dates across this month.

The Birth of Fatimah al-Zahra

It is widely believed that on the 20th day of Jumada al-Thani in 605 A.D., Prophet Muhammad (PBUH) and his first wife, Khadijah, welcomed their youngest daughter, Fatimah al-Zahra. There are some disputes surrounding the exact year Fatimah was born, with some believing it was five years before Prophet Muhammad (PBUH) received the first revelations from angel Jibril, and others believing it was five or more years after prophecy was bestowed upon him.

Fatimah al-Zahra is thought of by many Muslims as the purest woman who has ever lived, whilst others believe she was the person whom Prophet Muhammad (PBUH) held dearest. Fatimah’s position in Islam if often likened to that of Mary, the moth of Jesus, in Christianity, highlighting the high regard in which she is held.

The Death of Fatimah al-Zahra

As well as bearing the birth of Fatimah al-Zahra, Jumada al-Thani is also the month in which she passed away, with most believing it was on the 3rd day in 632 A.D., just two months after her father, Prophet Muhammad (PBUH) died.

The cause of Fatimah’s death is unknown, with Sunni and Shia Muslims both believing the reason to be different. Sunni Muslims believe she died of grief for her father, to whom she was incredibly close. Some say the death of Prophet Muhammad (PBUH) robbed Fatimah of her appetite and joy, and she spent every day and every night crying for her father.

In comparison, Shia Muslims believe Fatimah’s death was the result of injuries she sustained during a raid at her house ordered by Abu Bakr and carried out by Omar. The raid was in response to Fatimah and the rest of the Prophet’s family refusing to acknowledge Abu Bakr as Prophet Muhammad’s (PBUH) successor, as they protested that he had chosen Fatimah’s husband, Ali, as his successor.

It is said threats were made to set Fatimah’s house on fire, and when she refused to let Omar in, he pushed the door open which pinned her behind it. It is said he struck her with either a sword or a whip. She was pregnant at the time and the raid caused her to miscarry, with her death following shortly.

Whatever sect of Islam you follow, we can say with certainty that Fatimah al-Zahra died during Jumada al-Thani, though the cause is disputed, and her final resting place remains unknown.

In Jumada al-Thani in 629 A.D, the Campaign of Dhatas Salasil took place. It followed the Battle of Mu’tah, after which there was talk of tribes that had supported the Ghassanids in the battle were planning an attack on Medina. Prophet Muhammad (PBUH) ordered 300 men and 30 horses to go on the expedition, with Amr ibn al-As heading the army.

When the Muslims reached Salaasil, they encountered the enemy and realised they had many soldiers, so they sent a message back to Prophet Muhammad (PBUH) asking for more men. A further 200 soldiers were sent. Under the cover of nightfall, an attack was launched and the Muslims won, despite facing an army much larger than their own.

The Death of Abu Bakr

It is believed that on the 22nd day of Jumada al-Thani in 634 A.D., Caliph Abu Bakr passed away. He was one of the earliest Muslims and succeeded Prophet Muhammad (PBUH) as the Islamic ruler following his death in 632 A.D.

Different sects of Muslims view Abu Bakr in a different light, but what is certain is that he was one of Prophet Muhammad’s (PBUH) closest allies and stood by his side at all major events, with his faith in Allah (SWT) unwavering.

In 634 A.D., after just two years, two months and two weeks as Caliph, Abu Bakr developed a fever and was bed-bound. When he realised his time was near, he nominated Omar as his successor. He was buried next to Prophet Muhammad (PBUH).

Depending on the sighting of the moon, Jumada al-Thani is set to begin on 4 January 2022.

Make the Most of Jumada al-Thani

Whether you want to honour the life of the Prophet’s (PBUH) beloved daughter or his successor, there are several ways you can make the most of Jumada al-Thani. If you haven’t already made a Zakat donation, you can do so at this time. Alternatively, receive additional praise from Allah (SWT) and help a brother or sister in need by giving Sadaqah Jariyah to Muslim Aid.