Cambodia is a tropical country of around 16 million people at the southern end of mainland Southeast Asia. It is a richly biodiverse country but much of it is now prone to extreme flooding with homes swept away and crops repeatedly destroyed. These extreme weather conditions have contributed to food shortages, a loss of livelihoods, poor health and an increase in illness, malnutrition and infant mortality.

Moreover, while Cambodia has grown in recent years, poverty remains widespread. Both society and the economy continue to be burdened by the lingering effects of the conflicts of the 1970s; US bombing, the brutality of the Khmer Rouge regime in which at least 7 million Cambodians died from execution, forced hardships, or starvation, and the 13 years of civil war that followed.

How we are helping in Cambodia

Our field office in Cambodia was established in 2007 in order to support Cambodians in addressing the root causes of poverty and vulnerability.

We work with government departments and partners to assist vulnerable communities through education, health, economic empowerment, housing and shelter. Our emergency response teams remain available to support the people of Cambodia through the extreme monsoon weather that threatens their livelihoods and safety. 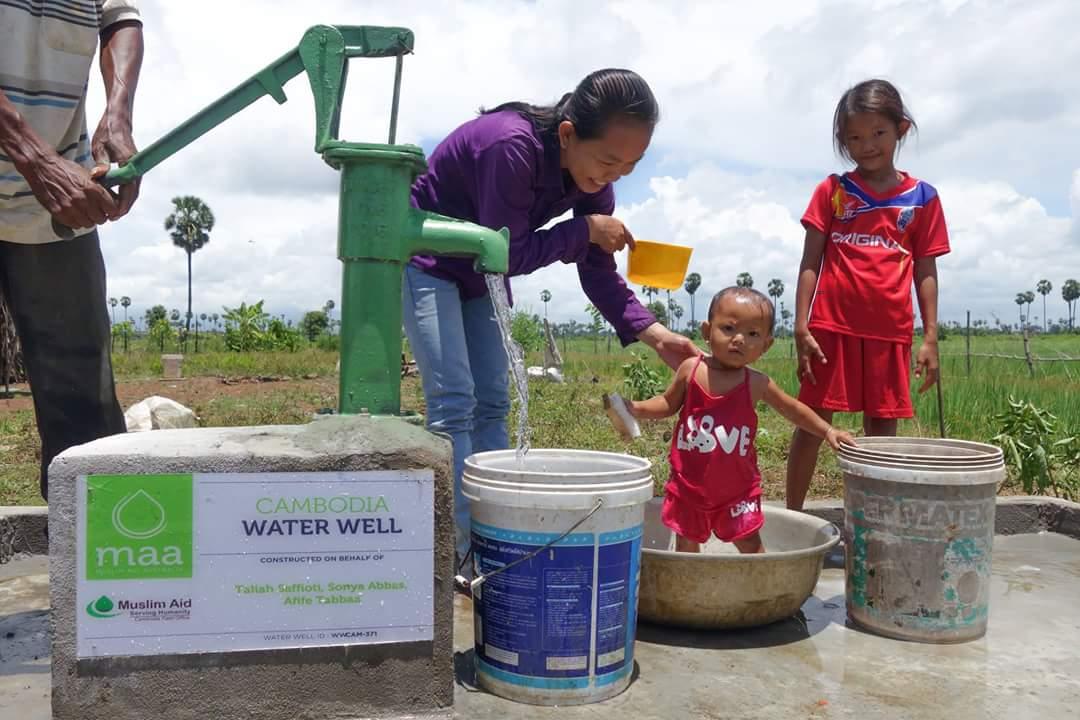 Our main country office is in Phnom Penh and two permanent branch offices are in Kampong Chhnang and the Kampong Cham province. We work in collaboration with partner organisations (local NGOs) in many other provinces including Kampong Thom and Phnom Penh city.

In order to improve economic independence for rural communities fighting long-term poverty, Muslim Aid is implementing a 3-year programme across 30 villages. Already, farmers and their families are benefiting from increased incomes and sustainable improvements to quality of life. The programme includes:

Our WASH (water and sanitation) programmes also provide much -needed clean drinking water to communities vulnerable to the dangers of contaminated water, thereby improving health and life prospects and reducing the rate of child mortality.