Throughout its turbulent and bloody political history, India has faced extreme natural disasters, such as droughts and flash floods, as well as widespread and destructive flooding from monsoonal rains, severe thunderstorms and earthquakes. Over population is putting huge pressure on natural resources; soil erosion through deforestation and overgrazing is resulting in poor crop yields meaning that millions face malnutrition and starvation everyday. Severe droughts and endemics have also seen millions perish due to water shortages and contaminated water supplies.

The Gujarat earthquake in January 2001 was reportedly the most devastating earthquake to strike India in recent history. The quake killed more than 20,000, injured 200,000 people and destroyed over 1 million homes. The tsunami earthquake in 2004 which devastated several countries in the Indian Ocean, caused the loss of 10,000 lives and injured over 5,000 people.

On 8th of October 2005 the Kashmir earthquake struck the Indian-Pakistani border. Uncompromisingly destructive, it wreaked devastating havoc, killing over 70,000 people, injuring another 70,000 and leaving 3.2 million homeless.

Muslim Aid has been working in India through partner organisations for over fifteen years providing humanitarian relief aid to some of the poorest communities in different parts of India. During the period 2005-7, Muslim Aid spent over £763,680 (in excess of 61 million Indian Rupees) in India implementing 53 projects in partnership with 26 different charitable organisations.  These projects covered healthcare, education, water and sanitation, shelter, emergency relief, feeding the poor, and skills training programmes.

In response to our growing activity in India and in line with our strategic goal of poverty alleviation, Muslim Aid established a branch in India.  The formation of a Muslim Aid trust is in progress.

Our current strategy is to fund projects in areas of education, orphan care and micro finance to achieve maximum long-term impact in poverty alleviation. 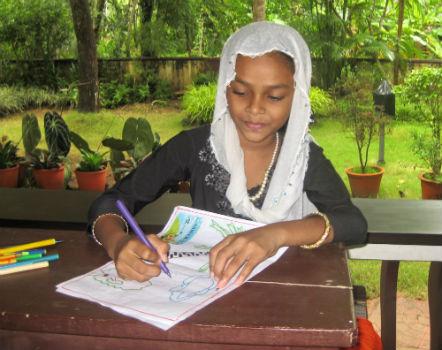