Pakistan is a country facing multiple challenges and COVID-19 has seriously affected the progress made on poverty reduction and social development indicators. The country’s daily wage workers, slum dwellers, lower-middle and blue-collar employees have suffered the most. Eid was different for all of us due to the COVID-19 pandemic, which broke the socio-economic fabric and severely impacted the less privileged members of society.

Since 2005, vulnerable and marginalised communities across Pakistan have continued to receive nutrient-rich meat packs (5 KGs each) through Muslim Aid’s seasonal Qurbani programme. In 2020, Muslim Aid, in close consultation with the Government of Pakistan, came forward and supported many of the most affected communities under its comprehensive COVID-19 response campaign – ‘Compassion Beyond Boundaries’.

Our first distribution activity was planned in the district of Mansehra, which has a large rural population that lacks access to clean water and health facilities. Mansehra also has a very low literacy level. Most of the rural population is engaged in the tourism and hospitality industry across Pakistan. Due to COVID-19, these low-income households were hit hard and were prone to the risk of food insecurity as tourist sites and hotels were closed. A total of 600 families received meat packs from Muslim Aid’s campaign.

The second Qurbani distribution was in the district of Dera Ismail (DI) Khan. This is the fifth largest district of Khyber Pakhtunkhawa which has been severely impacted by sectarian violence. A total of 1,080 meats packs were distributed in the region. 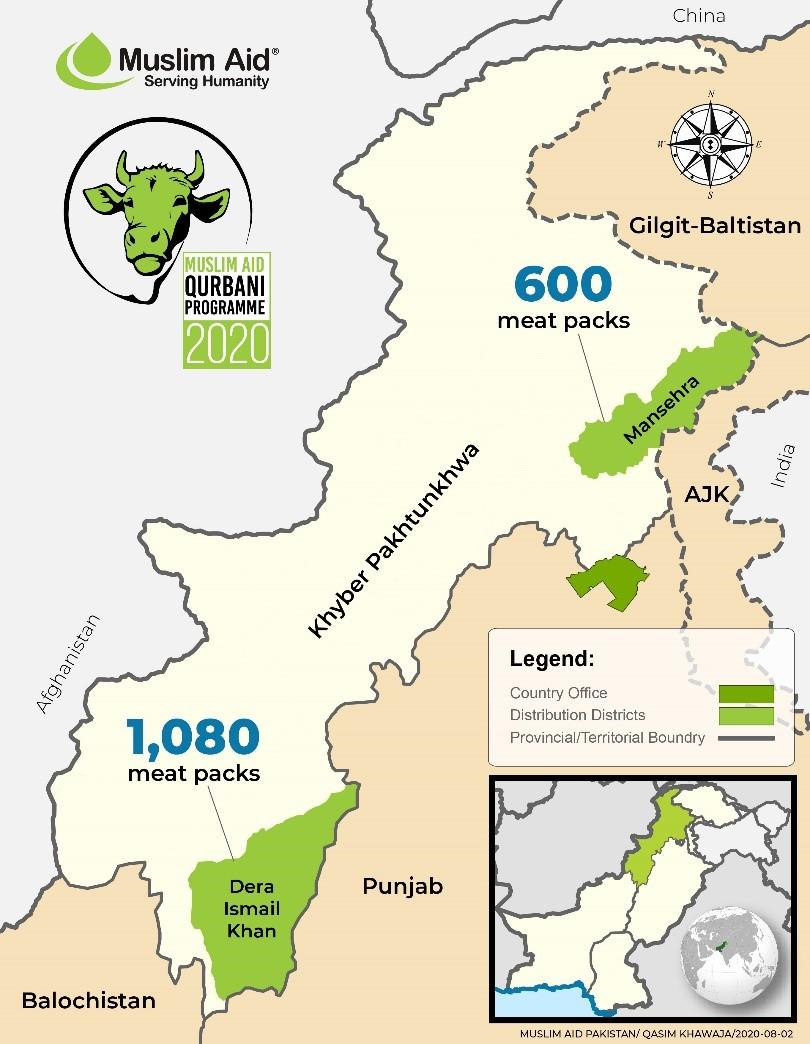