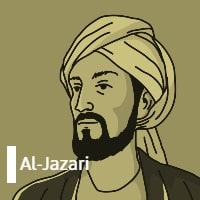 Al-Jazari was a scientist, inventor, mathematician, and the first Arab mechanical engineer. He became famous for inventing machines, many of which were automatic, including the Elephant Clock and mechanical devices like the crankshaft by using robotics.

Al-Jazari's full name was Badi Az-Zaman Abul Ismail Ar-Razaz Al-Jazari, and he was born in 1136 CE in Cizre, Turkey.

From an early age, he was interested in machines and had an excellent imagination, which helped him to create his future devices. His father worked at the Artuklu Palace in Turkey, and he went on to follow his father to work at the palace as the chief engineer.

He designed more than 50 different devices, including a water clock, a candle clock, fountains, musical devices, hand washing devices, and machines for raising water from ponds, rivers, and flowing canals. Many of these inventions were very innovative and advanced for his time. 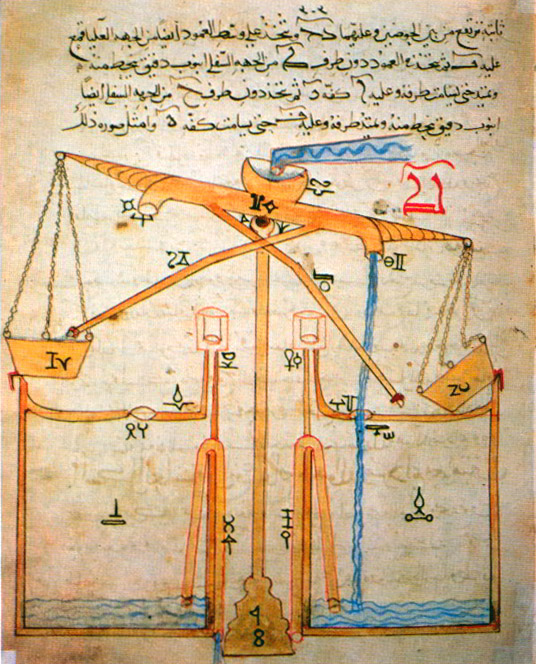 His most famous device was the Elephant Clock. This was 22 feet tall, and the mechanism stayed hidden in the elephant, but this device essentially records every half hour or hour with the use of a bowl with a small hole that collects water and sets off movement when it is full, indicating the hour, or half hour, is up. 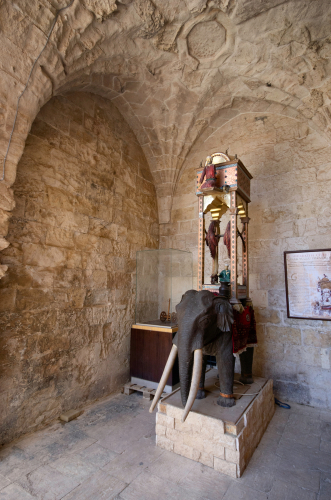 He wrote a book in 1206 that became very popular called “The Book of Knowledge of Ingenious Mechanical Devices”, which he gifted to the Sultan. This book contained designs, descriptions, and intricate paintings of more than 100 mechanical devices that he had thought of or created. Many of these devices were meant for entertainment purposes and had no real use, such as a trick vessel that appeared to have water in it, but when someone tried to drink it, it was empty.

Today, he is known as the father of robotics, and his book provided instructions for the design, assembly, and manufacture of machine parts, which has greatly helped the developments of technology and devices today.

Al-Jazari was born in 1136 CE, during the Islamic Golden Age, which lasted from the mid-seventh century to the mid-13th century. This was a time in which the Muslim world flourished. Ideas and goods were traded in central places of Muslim learning and knowledge like Baghdad, and Muslims all over the world contributed to the Muslim empire, including philosophers, scholars, poets, scientists, teachers, astronomers, artists, and doctors.

He died in 1206, which was just before the end of the Islamic Golden Age in 1258 CE caused by the invasion of the Mongols who took over Baghdad. Even upwards of 800 years after his death, we still remember his contributions to the Islamic world. You can be remembered for your generosity to the Ummah by donating to Muslim Aid.