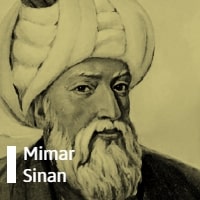 Who was Mimar Sinan?

Mimar Sinan was born in 1490 in Turkey during the Ottoman Empire. He was raised as a Christian but later became Muslim in 1512 and served the Ottoman Royal House. He was a civil engineer but an architect as his main occupation.

As part of his work as a construction officer in the Ottoman army, Mimar Sinan travelled around the world to places like Baghdad, Persia, Damascus, and Egypt. In 1538 he was given a position as the head architect of the Sultan's government, and he became known as Sinan the Architect due to his beautiful and magnificent designs and buildings.

He was responsible for many magnificent mosques, including the Selimiye Mosque in Edirne, Turkey, as well as several other buildings. He built 84 large mosques, 51 small ones, three hospitals, 57 theological schools, seven Quran-reciting schools, 22 mausoleums, 48 caravansaries, 35 palaces and mansions, and much more. These buildings had huge impacts on the Muslim world, and his work inspired the work of many other architects.

His most well-known work was the Suleymaniye Mosque in Istanbul. 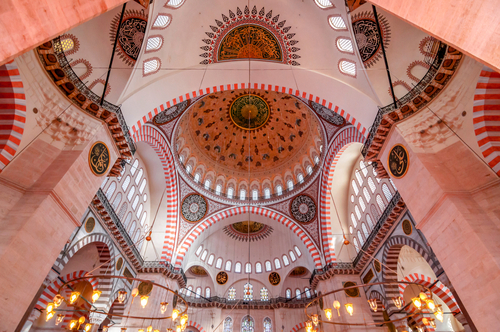 Much of Mimar Sinan’s work was inspired and influenced by the Christian church, the Hagia Sophia. This was one of the best buildings in Istanbul, and Mimar Sinan wanted to design and build a mosque that would be more magnificent than the Hagia Sophia.

When he was just starting out in his career, Mimar Sinan built small mosques across the empire. He built the Khusruwiyah Mosque in Syria in 1547 and restored and renovated both the mosque of Imam Abu Hanifa in Baghdad and the mosque of Jalal al-Din al-Rumi in Konya, Turkey. This experience in building and architecture prepared him to create his masterpiece: the Suleymaniye Mosque.

Mimar Sinan was also responsible for building the Sehzade Mosque in Istanbul. This was built in the 16th century for Prince Mehmed, who was the son of Sultan Suleiman. Mehmed was his favourite son but sadly died of smallpox in his childhood. The name of this mosque translates to ‘prince’ in his memory.

Mihrimah Sultan was the daughter of Suleiman the Magnificent and his wife Hurrem Sultan. She was married to Rustem Pasha, who was the Grand Vizier, the second most powerful after the Sultan. Mimar Sinan built two mosques in different areas for her.

Another extraordinary mosque built by Mimar Sinan was the Rustem Pasha Mosque. As one of the richest men and now as a royal groom, Rustem Pasha had Mimar Sinan build him a mosque in Old Istanbul. 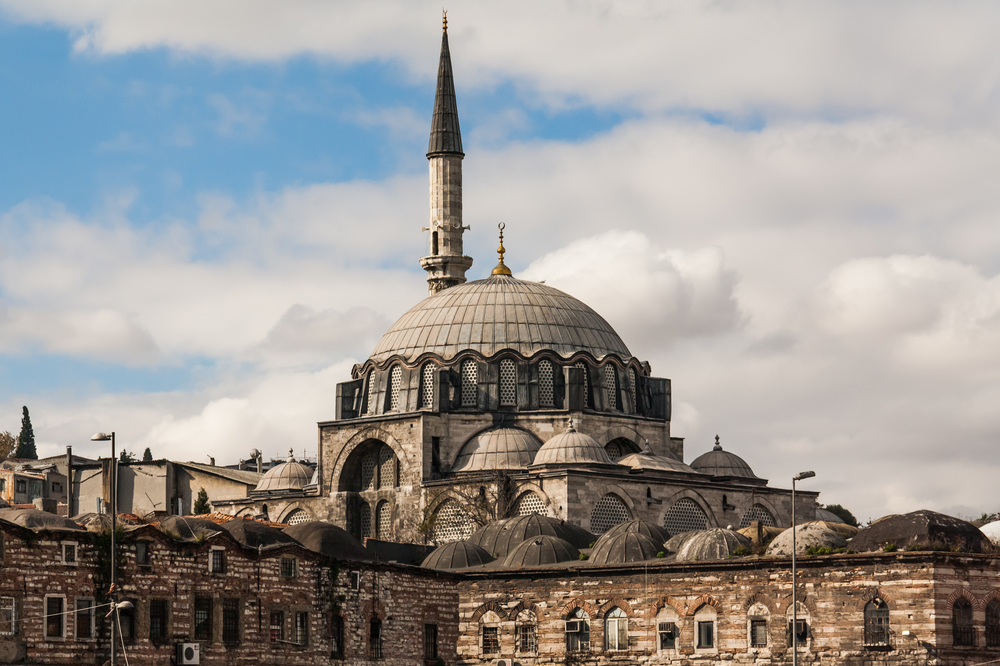 The interior of this mosque is particularly beautiful, as it is adorned with Ottoman pottery Iznik tiles, which reached their peak in the 16th century.

Sinan died in 1588, aged 98. He had designed his own modest tomb in which he was buried, which was at the end of his garden near the Suleymaniye Mosque in Istanbul.

Sinan made a huge impact on the Muslim world through the dozens of mosques and madrassahs that he built. They benefitted Muslims all around the world, and over 400 years after his death, his architecture still exists today and is visited by Muslims and non-Muslims alike.

He was and still is considered the greatest Muslim architect of all time given his spectacular and elaborate buildings all over the world, which are some of the greatest symbols of Islam worldwide.

Sinan contributed greatly to the Islamic world. You can make a difference, too, by donating to Muslim Aid.